New Ads For The 2011 Toyota Sienna: Funny, But We've Seen Them Before 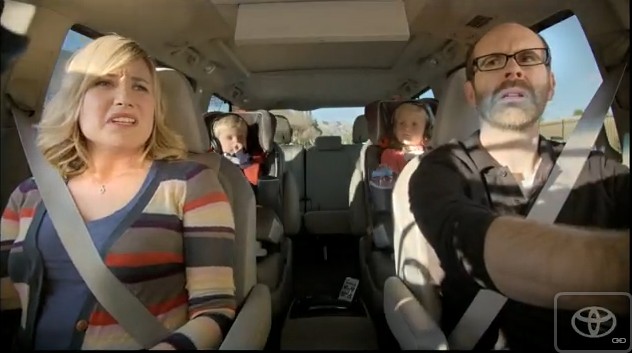 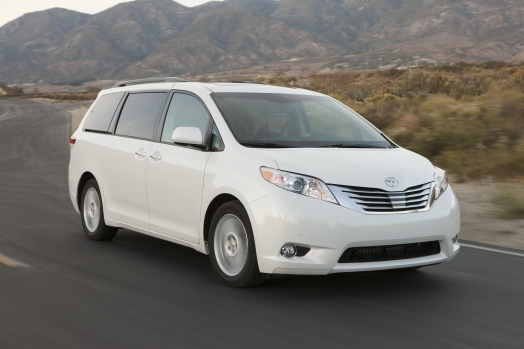 Minivans and SUVs often tout their safety features, which are big selling points for moms and dads. The 2011 Hyundai Sonata ad Nelson Ireson posted yesterday, for example, was aimed squarely at parents concerned about their kids' well-being. Today, we've run across some clips for the 2011 Toyota Sienna that have a similar slant but sadly fail to measure up to the Hyundai spot.

The videos in question are directed by Jody Hill and feature two very talented actors, Brian Huskey and Rachel Drummond, who appear as "[t]he self-proclaimed world's greatest parents". Though grammatically clunky, that premise is moderately funny, and the acting is fine, but as ads go, the length and the writing need some work.

The length of the clips varies, but some are well over a minute, and a few go beyond that. Huskey and Drummond's portrayal of clueless, self-absorbed parents is humorous at first, but after 30 seconds, it peters out and we drift off. Reminder to Ms. Hill: brevity is the soul of wit.

While we pop back to the Sonata clip (which we really can't stop watching), have a look at a couple of ads from the Sienna campaign, and let us know if we're being too harsh. Maybe Toyota should consider a new campaign featuring Boyota? Hey, at least they'd bring their own snazzy theme music.