We haven't heard a lot about HUMMER lately. The closing of its sale to Chinese firm Sichuan Tengzhong Heavy Industrial Machinery has been delayed several times, vehicle sales have fallen, and U.S. production of its H3 is at a halt though it has announced 2010 updates.

So we thought a couple of recent news items might be in order. First, green advocates may be surprised to learn that the 2010 HUMMER H3 sport utility vehicle has been deemed "fuel efficient," and by no less an authority than the Japanese government. 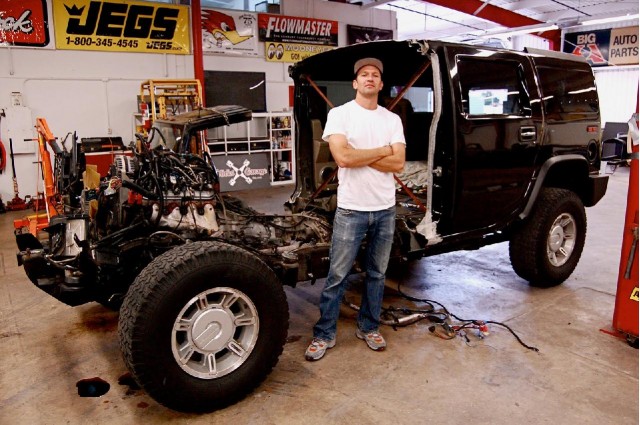 Artist Jeremy Dean with half a Hummer H2 for his work, 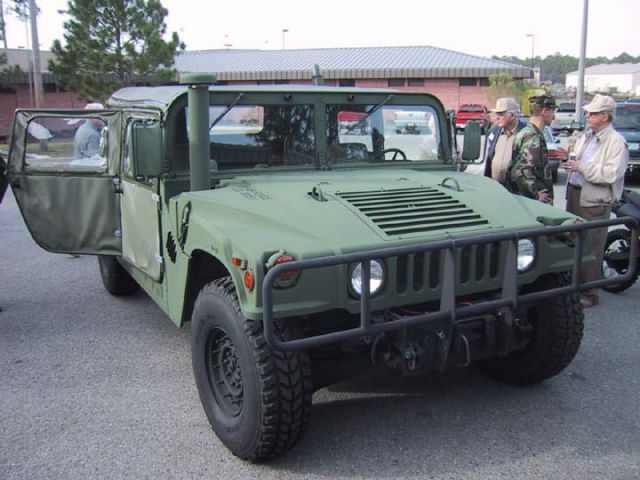 Japan is currently subsidizing the purchase of extremely fuel-efficient vehicles by buyers who also trade in a car that's at least 13 years old.

As a result, the 2010 Toyota Prius and 2010 Honda Insight hybrids have soared up the Japanese sales charts. The HUMMER H3 may seem a bit of an anomaly, with EPA ratings of 14 mpg city, 18 mpg highway.

And that's for the smaller, 3.7-liter five-cylinder engine. The H3 that Japan rated as fuel efficient is the model fitted with the 300-horsepower, 5.3-liter V-8 engine, which the EPA rates at 13 mpg city, 16 mpg highway on gasoline (less on E85).

The explanation for the 250,000-yen ($2,800) subsidy granted to Japanese buyers of this atypical vehicle?  The official explanation is that Japan has laxer mileage requirements for heavier vehicles, and has agreed to accept U.S. test results for low-volume vehicles.

But in fact, after foreign manufacturers complained that only Japanese-made cars qualified, the HUMMER was one of several imported vehicles that the country has agreed to make eligible for the subsidies. Others include the Cadillac CTS and a Chrysler minivan.

While virtually any HUMMER is too wide to drive on many of Japan's roads, the company did actually sell 779 HUMMERs to Japanese buyers from May 2008 to April 2009.

We have no new H2 news, though if you're in New York City the week of March 3, you might want to take a look at conceptual artist Jeremy Dean's "Back to the Futurama" horse-drawn HUMMER H2 "Hoover cart," on display at Armory Week.

Humvee to die, bigger M-RAP to take its place

Finally, we come to the likely end of the road for the Humvee, the military vehicle that spawned the first civilian HUMMER, the hulking H1. The U.S. Army plans no further purchases for the vehicle, first manufactured in 1984 by AM General.

In the end, it turns out even the Humvee is no longer the toughest dog on the block. Just take a look at the 8.5-foot-high, 8-foot-wide, 25,000-pound Oshkosh Mine Resistant Ambush Protected (MRAP) all-terrain vehicle, or M-ATV.

Lo, how the mighty are fallen.