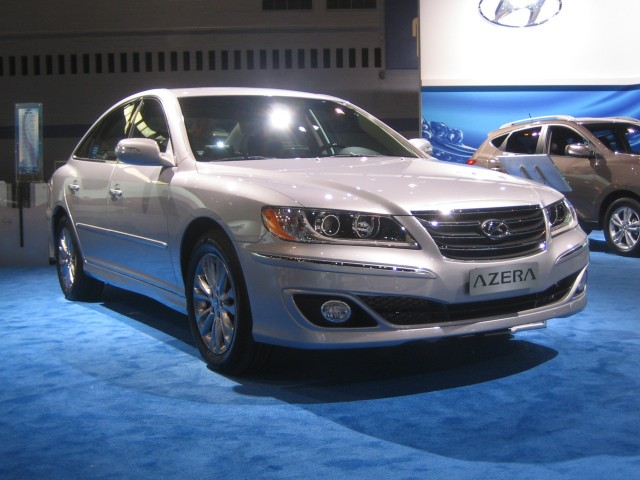 Hyundai has announced some significant changes for its Azera for 2011 that should altogether help this large sedan perform better, use less fuel, and look a bit sharper inside and out.

The V-6 engines in the 2011 Hyundai Azera lineup are the same size as last year, but they're more powerful and significantly better on gas. The 3.3-liter now makes 260 horsepower and 233 pound-feet of torque (almost as many horsepower as the larger engine last year) and has fuel economy figures that have improved by two in both the EPA city and highway cycles, to 20 mpg city, 28 highway. The larger 3.8-liter V-6 gets a bump up to 283 horsepower and 263 pound-feet, with ratings up 2 mpg in city driving and a mile per gallon on the highway, to 19/27.

The engines in the 2011 Azera have been modernized to include Hyundai's Dual Continuously Variable Valve Timing (DCWT) and a variable intake system; they have all-aluminum construction and a four-valve-per-cylinder design.

Paired with either of these revised engines is a new six-speed automatic that Hyundai designed in-house. Hyundai says it's one of just three automakers to design their own six-speed automatic; the new transmission is lighter than the former five-speed automatic. Like nearly all the automatics in Hyundai's stable, it comes with Shiftronic manual control in a separate gate. 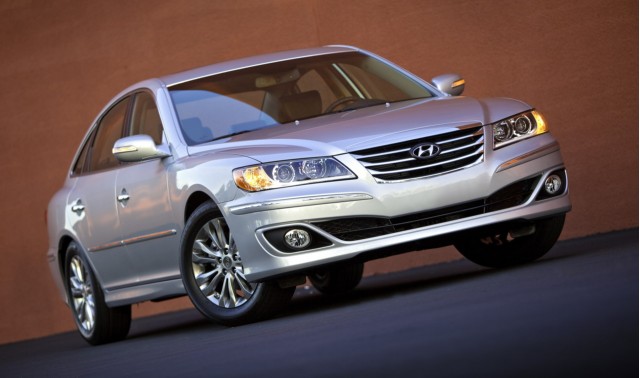 Appearance-wise in the 2011 model, first shown today at the Chicago Auto Show, the changes aren't dramatic. They're limited to a new grille,  headlights, LED taillights, and fog lamps, plus "high-gloss" window trim, a new trunk lid design and new alloy wheels. New puddle lamps also help bring a premium aura. Inside, aluminum graining has been added to the center console, and a new triple-blink feature has been added to the turn signal. All Azera models get a green 'Eco' light for 2011 that illuminates when driving for better fuel efficiency. 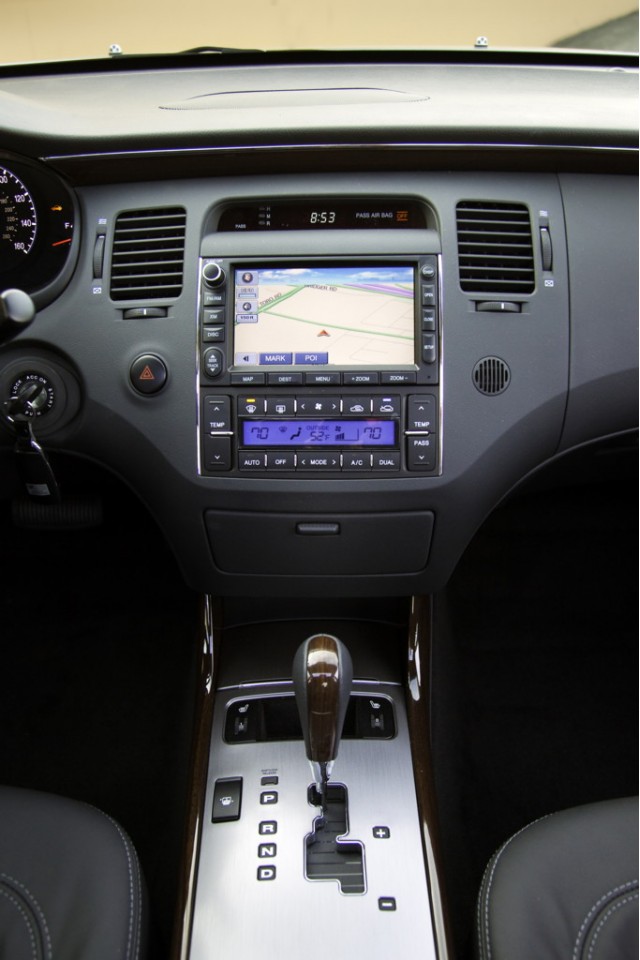 One thing that Hyundai hasn't changed significantly is the Azera's dimensions—in particular its vast interior space. In TheCarConnection.com's review of the 2010 Hyundai Azera, editor Marty Padgett's take is that it "appeals to sedan shoppers on a budget who value comfort and interior space above all else." We like the huge back seat, strong acceleration, and good tactility of the interior controls but pan the bouncy ride, mid-pack safety, bland styling, and fuel economy.

At least for 2010, the interior styling and materials of the Azera remained unremarkable compared to some of its primary rivals like the 2010 Nissan Maxima, Buick Lucerne, Ford Taurus, or Toyota Avalon. Hyundai's own rear-wheel-drive Genesis might also be an alternative to some shoppers. The sportier and more upscale-feeling (but also roomy) Genesis starts at just $3,500 more than the 2010 Hyundai Azera Limited.

The 2011 Azera will begin arriving to Hyundai dealerships later this spring, and we'll bring you our up-close, revised take on the improved version as soon as we can.