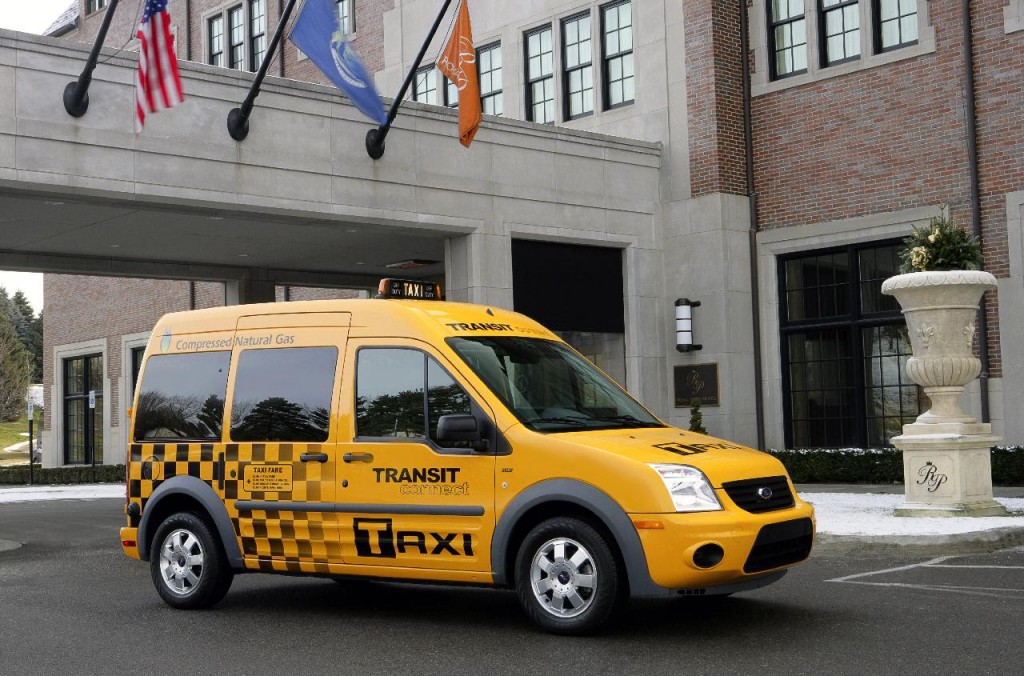 At the 2010 Chicago Auto Show, which kicks off Wednesday morning, Ford will have several introductions. Among them are two green versions of its 2011 Ford Transit Connect small commercial van.

First, Ford launches its very first all-electric car, to be known as the Transit Connect Electric. Converted in the U.S. by Azure Dynamics, the plug-in delivery van uses a 135-kilowatt electric motor powered by a 28-kilowatt-hour lithium-ion battery pack. 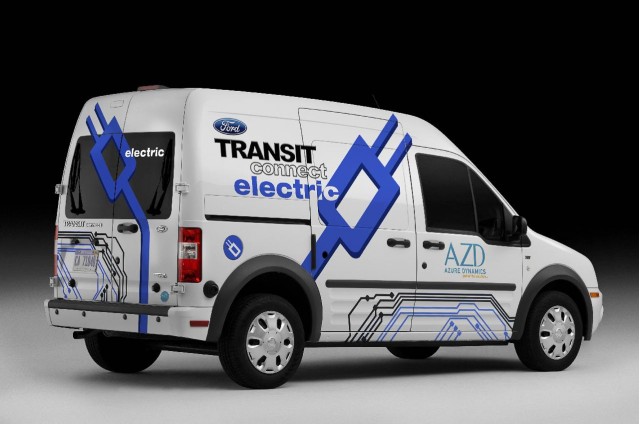 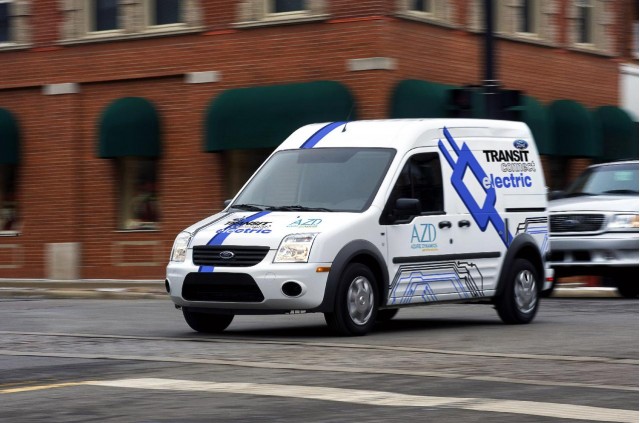 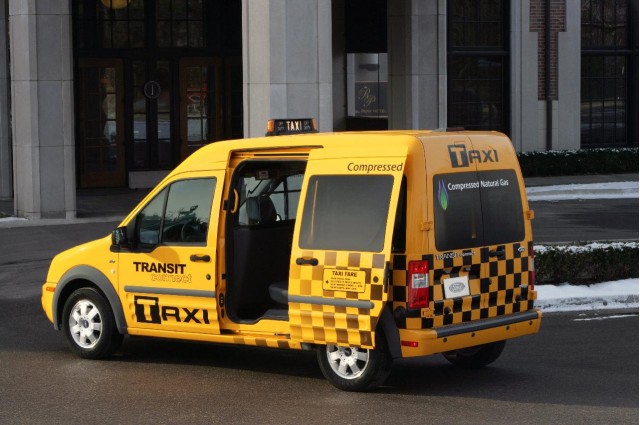 The electric Transit Connect has a range up to 80 miles, a top speed of 75 miles per hour, and a payload of 1,000 pounds--down from the gasoline version's 1,600 pounds.

A full recharge of the battery pack takes 6 to 8 hours using 220-Volt current, and likely much longer on standard 110-Volt power.

The Transit Connect Electric is largely aimed at urban commercial fleets whose vans run predictable routes and return to base each night, so they can be centrally recharged. Running costs will be lower than for the gasoline version; Ford has not released pricing for the battery electric van.

Second, Ford unveiled a taxi version of the Transit Connect, which the company hopes to convince taxi drivers will serve as a suitable replacement for their fleets of Crown Victoria sedans. That rear-wheel-drive sedan is expected to go out of production within a year or two.

Both the base Transit Connect and the taxi version can be ordered with a new option for 2011: a 2.0-liter four-cylinder engine converted to run on either compressed natural gas (CNG) or propane (liquified petroleum gas, or LPG).

Ford calibrates the engines, and provides maintenance advice to fleet operators, so that the standard engine warranty is maintained.

Both CNG and propane burn cleaner than gasoline and emit less carbon dioxide, and more than four-fifths of natural gas supplies in the U.S. are sourced domestically.