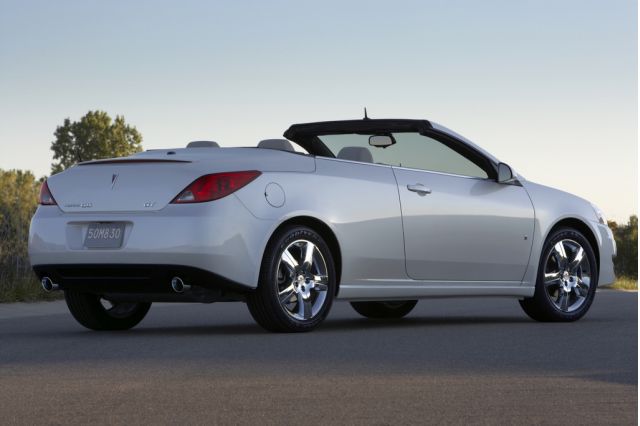 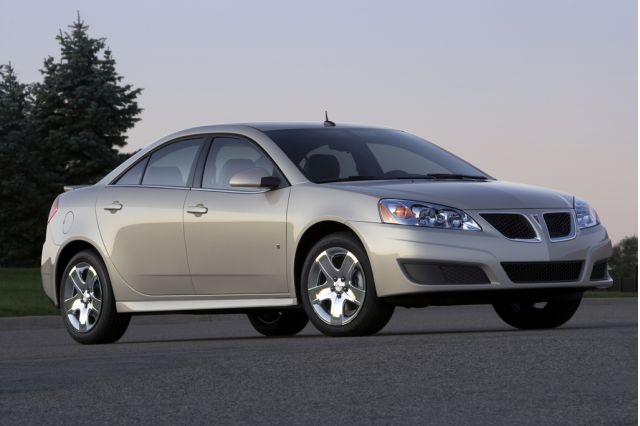 If you're feeling a little cash-strapped but in need of a new car, GM is giving you an alternative to that bargain-basement 2010 Chevrolet Aveo, or to a normal used-car. It's offering a low 3.9-percent finance rate, for 60 months, on Certified Used examples of the Pontiac G6, going back several model years.

Shoppers can find the deal, which is good until March 31, at any of the 3,400 Chevrolet, Buick, or GMC Certified dealers in the U.S.

The G6 was been carried over in very limited form for 2010, offered at a price of $21,995 including destination. The 2009 Pontiac G6—which was offered in a full range of trims and as a sedan, coupe, and convertible—rated just 6.8 out of 10 against other vehicles of its type, according to TheCarConnection.com, with our editorial team liking the clean, attractive exterior and spacious interior but taking issue with the coarse base engines, cheap-feeling interior materials, and uninspiring handling.

Certified used cars are now available for most vehicle brands—often alongside used cars—and they're a good choice for shoppers on a limited budget, looking for a little more vehicle than they could afford new, but with new-car peace of mind with respect to repairs. GM Certified Used cars get a 117-point inspection along with full replacement of some wearable items.