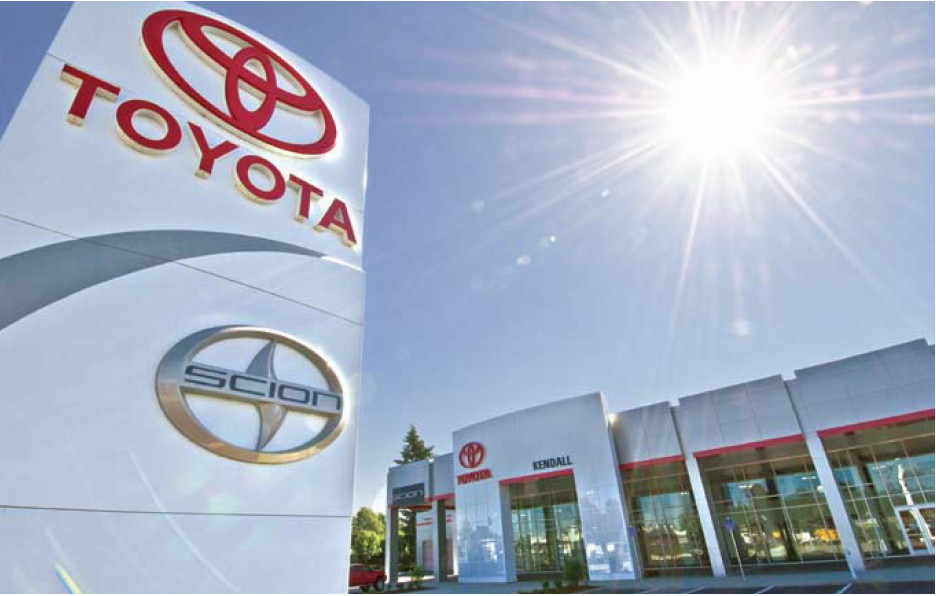 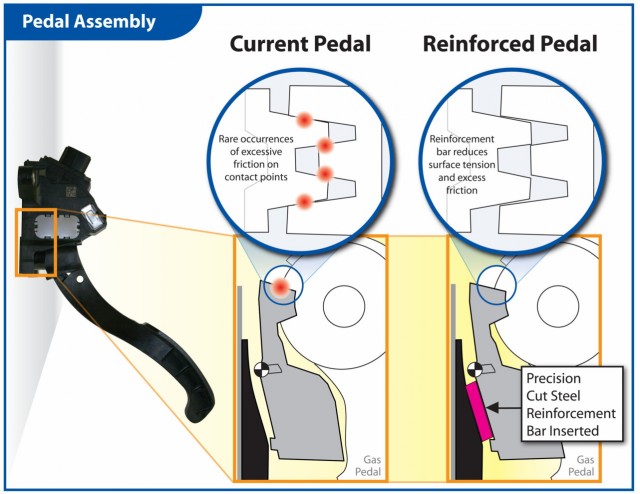 While Toyota has been accused of being extremely slow to respond in issuing a recall for its floor-mat-related, unintended-acceleration issue, the automaker has responded remarkably quickly with a solution to its other, unrelated recall—regarding sticking accelerator mechanisms.

Toyota (NYSE: TM) actually called its response time—devising a retrofit solution, shipping it out, and ramping up dealerships to begin retrofitting vehicles less than two weeks after the recall announcement—one of the shortest ever for this type of recall.

Beginning this weekend, dealerships will begin retrofitting vehicles with a solution that involves putting a steel reinforcement bar under the pedal that will alleviate the potential surface-tension issue in the current design that causes the pedal to stick or be slow to return.

The problem with the accelerator mechanism isn't related to corrosion or actual mechanical resistance from the linkage, rather an issue with surface tension from moisture that collects on surfaces in the design. "Imagine two pieces of glass with some water between them," explained Bob Waltz, Toyota's VP of product quality, service and support, on a conference call with reporters Monday morning.

Toyota Motor Sales USA president and COO Jim Lentz clarified that in affected vehicles the throttle has remained open at about 15 percent—not the full-throttle application that some people with the unrelated pedal-entrapment (floor mat) recall experienced. "Brakes will definitely overcome and stop the vehicle," said Lentz, however if you shift to neutral the "revs are going to go way up" as the engine will be completely unloaded.

Lentz said that it has been very difficult to diagnose or replicate the issue because the mechanism would only 'stick' at specific temperature and humidity conditions. Often, the moisture had already evaporated or the mechanism was no longer sticking by the time mechanics would examine it.

Toyota again assured reporters that there were no issues with vehicle electronics; all throttle-related components have multiple fail-safe measures, and if there's any difference in signals between the accelerator and throttle, the vehicle will return to idle. By the end of the year, the automaker will begin installing a brake override feature—which would return the throttle to idle if the throttle and brake are ever applied at the same time—in all of its vehicles.

All of the affected accelerator mechanisms were made by Indiana-based CTS. Responding to some accusations that the issue also extends to some Denso mechanisms, Lentz insisted that there have been no reports of any problems with other pedal mechanisms. "There's not an issue with sticking pedals at all" on the Denso units, he said.

And here's a useful tip from Toyota if you're not sure: If your vehicle identification number (VIN) begins with a 'J', you don't have a CTS-supplied mechanism and are not affected by this particular recall (however you'll still want to see if you're affected by the floor-mat-related recall). 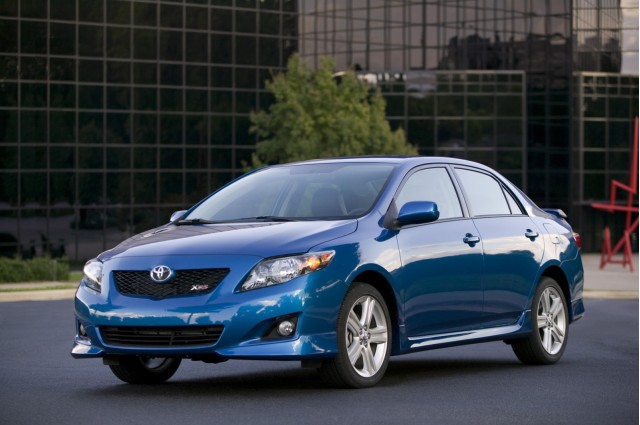 Here's the time frame for the next several days:

Toyota says that it will do multiple mailings to make sure that it has a higher recall response rate than usual.

Here's Toyota's official statement, and an index from the company on its recall effort. And for a full, play-by-play timeline, we've compiled an Everything You Need To Know index on Toyota's accelerator-related recalls.

Also, watch this brief video below for Toyota's official statement on the recall response.