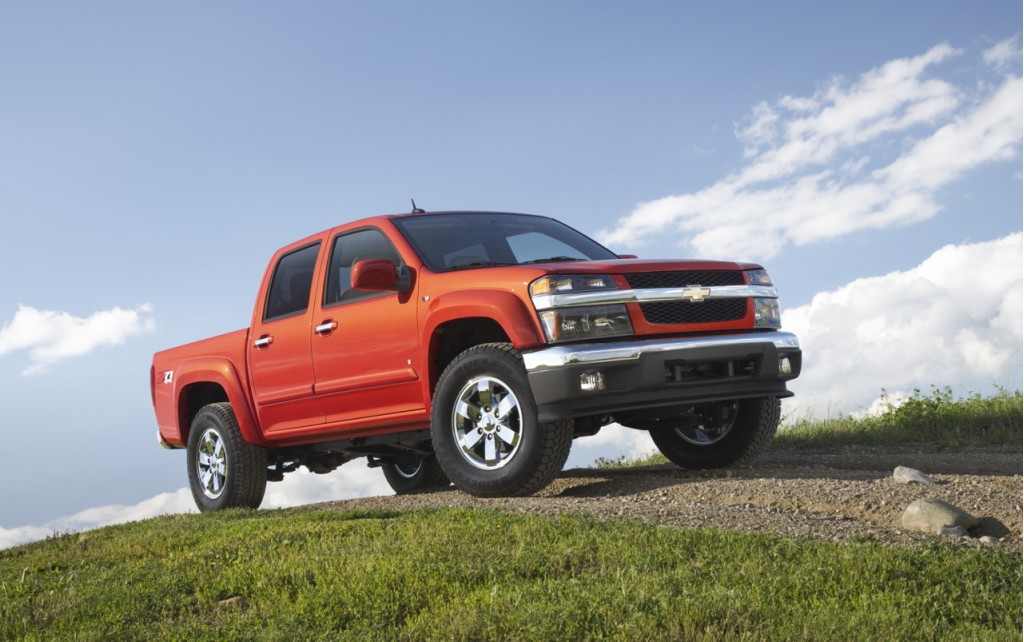 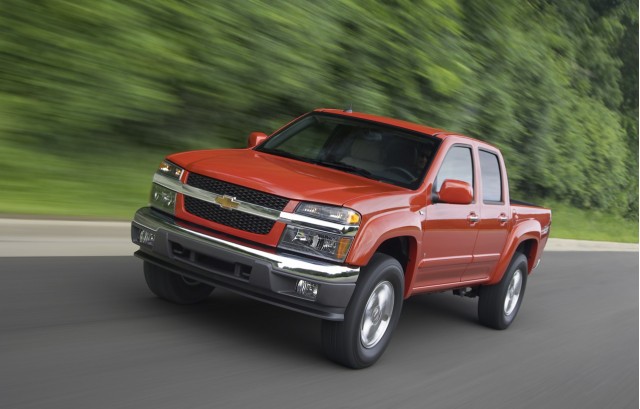 The guys over at Pickuptrucks.com recently received some spy shots of what could be the next generation of the Chevrolet Colorado pickup truck.

The test mule doesn't look much different than the current Colorado, save slightly different headlamps and a different front bumper. What is different, according to Mike Levine at Pickuptrucks.com, is that there is a diesel engine under the hood of the tester. A diesel is not available on the current Colorado, nor does Chevy have one planned, but the Isuzu D-Max, which is sold overseas and offers a diesel, shares a platform with the Colorado and the GMC Canyon. Levine even notes that the wheels on the test mule match the wheels that were on a D-Max diesel prototype that was snapped in the wild in the U.S. last winter. There's a good chance that the next Colorado sold globally will be based off that same platform.

We say globally, because there's a chance the Colorado may not be sold in the U.S. after 2012, when GM plans to stop production at its plant in Shreveport, Louisiana. Production of the truck will continue in Thailand, however, so we expect that the truck will be produced and sold overseas.

If the Colorado (and Canyon) disappear from the automotive landscape, they might be joining the Ford Ranger--which is also in limbo right now--on the automotive scrapheap. It's hard to imagine a landscape without small trucks produced by the domestic automakers, but it's possible. We shall see what happens.