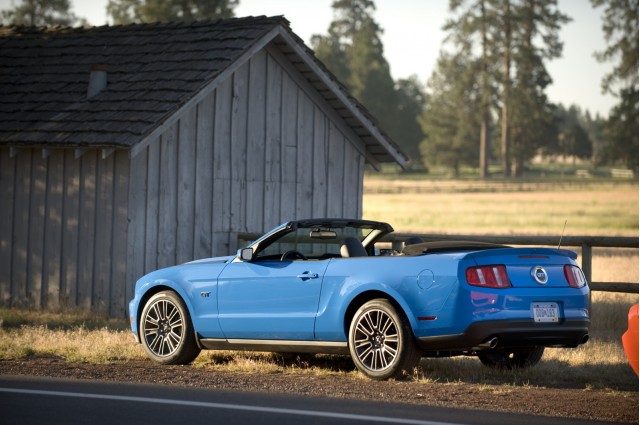 The 2010 Ford Mustang Convertible has now achieved top 'good' ratings from the IIHS in both frontal offset and side impact tests.

This is a retest for the Mustang; an original IIHS test of the 2010 model—applying to cars built before January (2010)—soundly flunked the ragtop 'Stang in the frontal offset category due to poor head and neck results, including too much rearward movement of the steering wheel. "Forces on the neck and acceleration of the head were high when the head hit the A-pillar, indicating that neck injuries would be likely and head injuries possible," said the IIHS after the previous test. Ford since made some structural modifications to the Mustang, resulting in top marks this time, although it still gets an 'acceptable' score in the "structure/safety cage" category.

Results remain different between the 2010 Mustang Convertible and the 2010 Ford Mustang Coupe; the Coupe has top ratings in frontal-offset impact but gets an overall score of 'acceptable' in the IIHS side-impact test, due to some blemishes in rear-passenger side protection.

The 2010 Mustang gets mostly top five-star scores in the federal government's New Car Assessment Program (NCAP), with one other very noteworthy issue: The test pointed to a high likelihood for head trauma for rear passengers in the 2010 Ford Mustang Convertible in a side impact, due to the dummy's head directly striking the convertible roof mechanism. Vehicles built on or after July 22, 2009 have an improved five-star side score but still include the cautionary note.

Both of the Mustangs for 2010 already achieved top ratings from the IIHS in rear impact, indicating a low chance of whiplash or neck injuries in a rear-end accident. 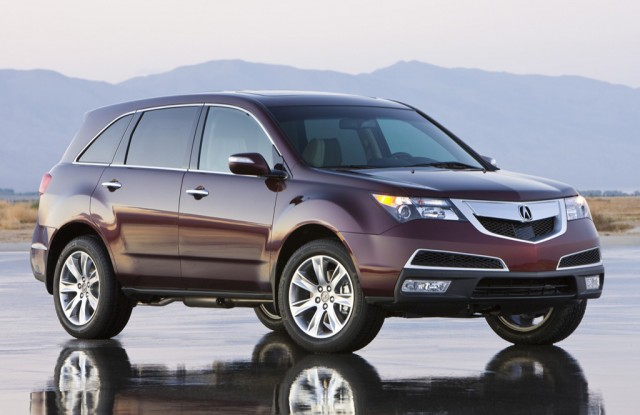 Otherwise, shoppers considering the 2010 Acura MDX can rest assured. Even though Acura changed the design of its side bags in the MDX, it repeated the top IIHS 'good' scores that the 2007-2009 MDX had achieved.

And finally, the 2010 Toyota Tundra gets a new frontal airbag design, along with knee airbags for the driver and front passenger, resulting in a more solid 'good' frontal score than before.