Connect with our dealer and finance partners through our site and ask for details regarding their at-home car buying services.
OK
HomeNewsEcoBoost 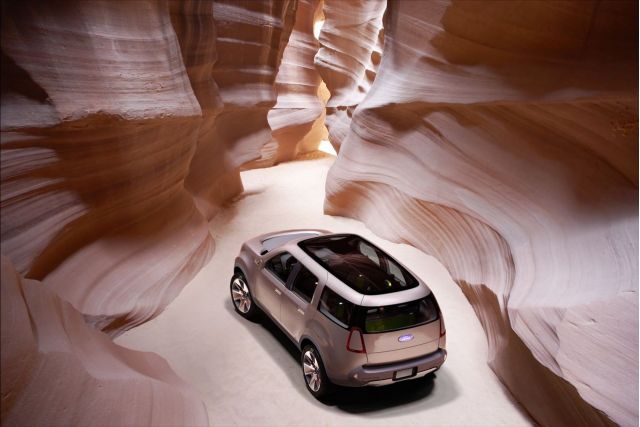 With the introduction of the 2011 Ford Explorer, Ford will have three different crossover utility vehicles—Explorer, Edge, and Flex—all selling beside each other at showrooms, all approximately the same size, and with two of the three (the Explorer and Flex) on the same platform as the Taurus sedan.

Is there room for a third model without cannibalizing sales for the others? That's what TheCarConnection.com asked Ford sales analyst George Pipas, who had just finished a discussion on market growth for small cars—including that Ford Motor Co. (NYSE: F) expects U.S. sales of small vehicles (cars and crossovers combined) to grow to 36 percent of the market by 2013.

"If we're right about the 36 percent, that still means that 64 percent is medium and large, at least in the next five years," said Pipas. "Yes, we expect small cars to grow more. But there will still be plenty of mediums and larges rolling around," and it will take multiple models to meet a wide range of shopper needs, he explained.

One of those medium utility vehicles will be the 2011 Explorer. "We believe there's a market, for people who are living a lifestyle of adventure," said Pipas. "But we've got to make this thing fuel-efficient because if it's only 19 [mpg], then that's not the direction we're headed. It has to be something jaw-dropping."

Ford has said very little yet about the 2011 Ford Explorer officially, though with this week's announcement that it will be built in Chicago, it said that the new utility vehicle will have "unibody construction, Ford’s EcoBoost engine technology, a six-speed transmission and lightweight materials."

The automaker also stated that the 2011 Explorer will have fuel economy that's at least 25 percent better than that of the current model. That should be possible though weight savings, electric power steering and smart accessories and, quite possibly, a turbocharged four-cylinder engine under the hood. The Explorer America concept, from the 2008 Detroit show and an early hint of the 2011 model's direction, had a turbo four. Contrary to other outlets that have suggested a standard normally aspirated V-6, TheCarConnection.com is placing its bets on the 2.0-liter EcoBoost four standard, with Ford's 3.7-liter EcoBoost V-6 available for those who still want to tow.

The Explorer will also debut Ford's industry-first inflatable seatbelts for rear-seat occupants, the automaker revealed at the time of the plant announcement.

Pipas added that the Explorer matched Ford's intent to remain a full-line manufacturer with small, medium, and large vehicles to satisfy all needs—cars, utilities, and trucks.

Does Ford even hope for anything like the sales success it saw with the Explorer a decade ago? "We think there will be a market. It's not like 400,000 Explorers in 2000…that's not the market anymore," he said, musing that Ford once had two dedicated plants for the Explorer cranking out nearly a half a million Explorers a year when including export.

The 2011 Ford Explorer will be built at Ford's Chicago Assembly Plant, alongside the Taurus, Taurus SHO, and Lincoln MKS, beginning in the fourth quarter of this year.