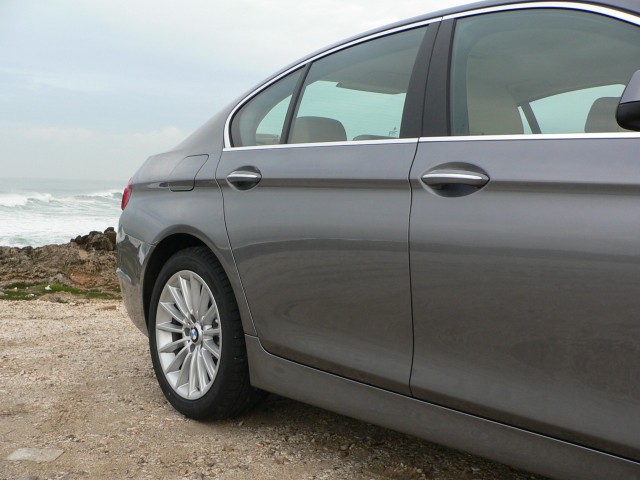 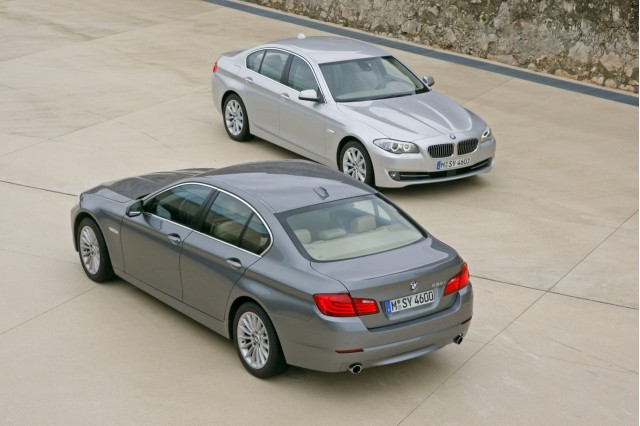 As we reported last week in a first drive of the new 2011 BMW 5-Series, BMW has returned to form with an all-new 5er that's not only a more focused driver's car but also one that will fit right in, design-wise, to traditional BMW loyalists while also winning new friends.

Although the outgoing-generation 5-Series introduced in 2003, called the E60 within BMW, failed to hit the mark with some longtime BMW fans. It's tough to wage a single criticism, but its swept-back exterior, smooth sheetmetal, and more formal, less driver-focused instrument panel never went over very well with Bimmer loyalists. Factor in an armada of new tech features and a more isolated driving experience, and the 5 didn't always feel like the well-honed sport sedan it once had. 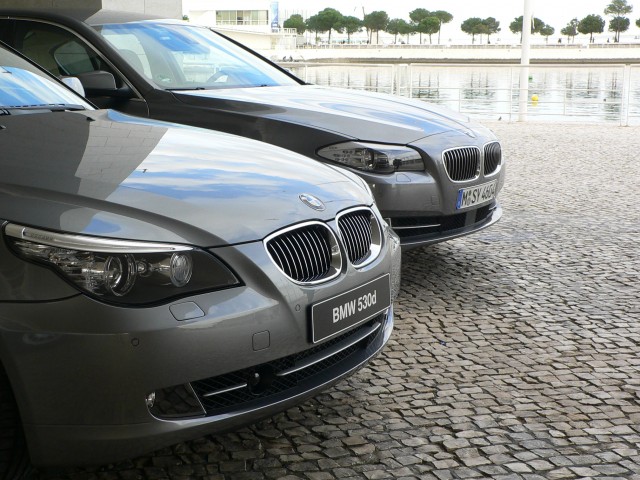 The new 2011 5-Series looks considerably more buff, especially from the front. The grille and headlights mark a return to previous BMW themes, and especially from this angle the new 5-Series looks like it could be a direct successor to the E39 (which sold from 1995 through 2003)—not a full generation later. [Note: Look at the adjacent picture and tell us which is the newer design!] In the new car, the BMW kidney grille is returned to a more upright, conventional position (and it's lower, points out BMW design chief Adrian van Hooydonk), while the headlights don't quite have the soft, swept-back look. Hood creases, flowing outward, instead add a little more expressiveness to an otherwise somewhat conservative front end.

The new 5-Series isn't quite as smooth and cleanly styled from the rear either, and that's a good thing. Instead, its multi-tiered lights and more sharply styled fascia remind us of the 3-Series from a distance. Altogether, the real highlight of the new 5 is the strong beltline crease that starts just behind the top of the front wheel well and continues through to a corner of the taillights. Combined with the curve of the lower sills, it brings a much stronger presence and helps make the stance more sport-sedan assertive from any side angle.

Inside, the instrument panel isn't a complete transformation, but it brings some of the more sophisticated look of the new 7-Series with "a more pronounced cockpit feeling," according to van Hooydonk—closer to a traditional BMW IP; with a center stack that's tilted six degrees toward the driver. 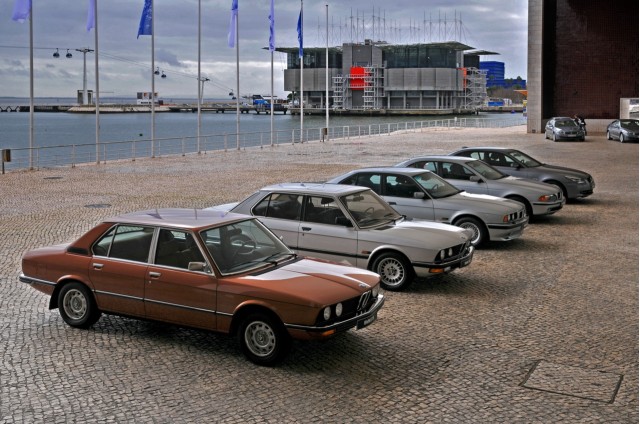 Six generations of the BMW 5-Series

The current-generation (outgoing) 5-Series also was the first to include and require iDrive. While the version that was originally introduced in the E60 left a lot to be desired, the fourth-generation iDrive system that was phased in for the 5-Series just this past year is a significant improvement, with much better menus and hot-buttons that let you quickly return to main-menu functions.

The new 2011 model is the sixth-generation 5-Series, clearly still following trends set with the original 1972 'E12' 5-Series. Several officials within BMW explained it this way: There's been a rich tradition with the 5-Series to make every other generation revolutionary in styling, while every other one is more evolutionary. If perhaps the outgoing generation was a little too revolutionary, this new F10 is one of those evolutionary ones—and gets a bit of an attitude adjustment.

One factor that undoubtedly influenced BMW through the entire development process was that despite the E60's cool reception from die-hard BMW enthusiasts on launch, this version of the 5-Series has done very well in sales, actually selling more annually than the E39 that preceded it. With this character-restoring redesign, BMW has done a great job enhancing driver appeal while preserving the comfort, tech features, and lavish, upgraded interior that brought new buyers to the last 5-Series.

Six generations of the BMW 5-Series