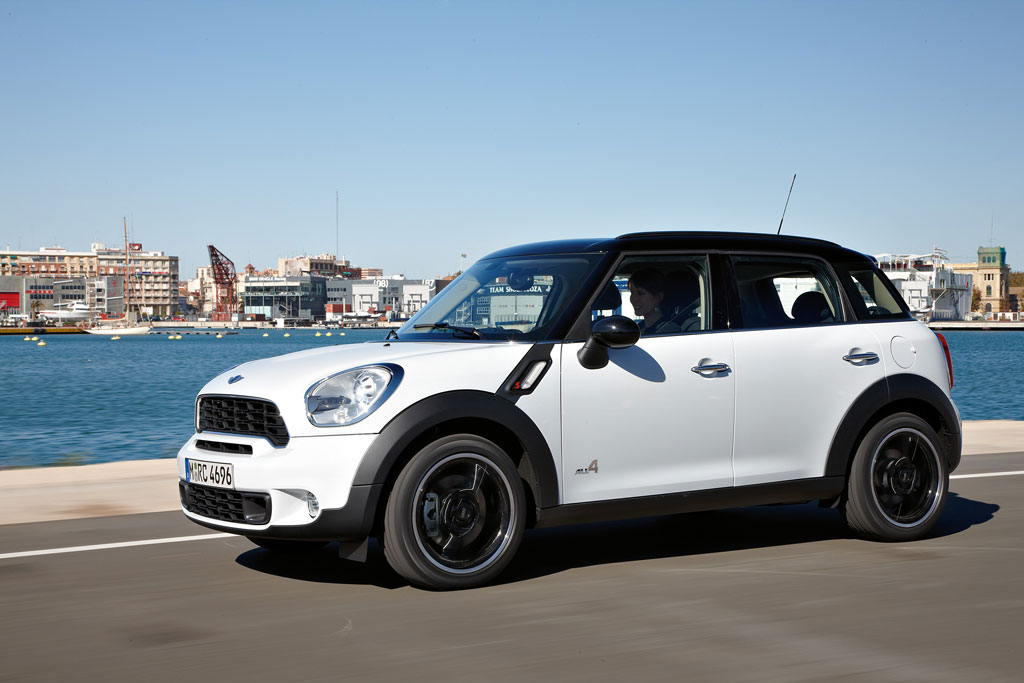 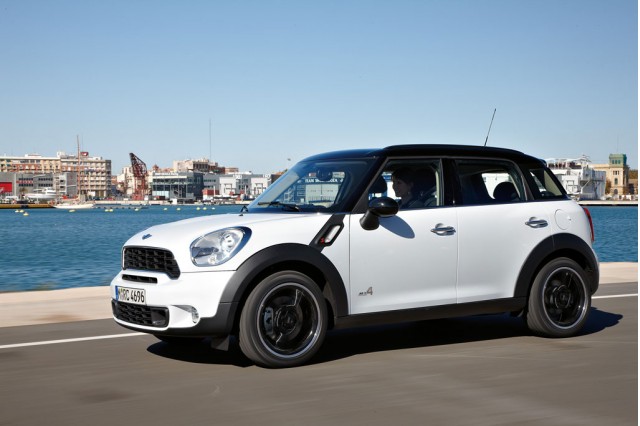 • What is it? MINI's fourth model and the first with four doors and a rear hatch
• The basics: Front-wheel or optional all-wheel drive
• On sale: Early next year, with a public showing at the 2010 Geneva Motor Show
• Price: From $29,000 (est.)

Just yesterday we brought you leaked images of MINI's new crossover model but today we have all the official details. Labeled the 2011 MINI Countryman, a name that dates back to the original Morris Minor two-door estate from the 1960s, the new crossover is set to go on sale early next year but will be on show this March at the 2010 Geneva Motor Show.

The new Countryman is the fourth model in MINI's ever expanding lineup and conveniently bridges the gap between the classic concept of the MINI and a modern SUV or crossover. 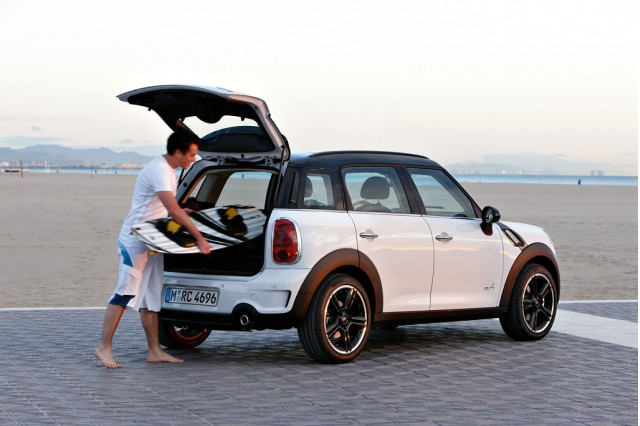 As the first model in the MINI range with four doors and a wide-opening rear lid, the Countryman provides even greater freedom of space, a slightly elevated seating position, and optimized driving comfort and safety thanks to the optional ALL4 all-wheel drive system.

Short overhangs, a high window line, powerful stance on the wheels, and window graphics extending around the entire vehicle create those unique proportions so typical of MINI. This element is further accentuated by characteristic icons of a MINI such as the roofline, the hexagon radiator grille, the large headlights integrated in the engine lid, the surrounds on the side direction indicators and the voluminous wheel arches. 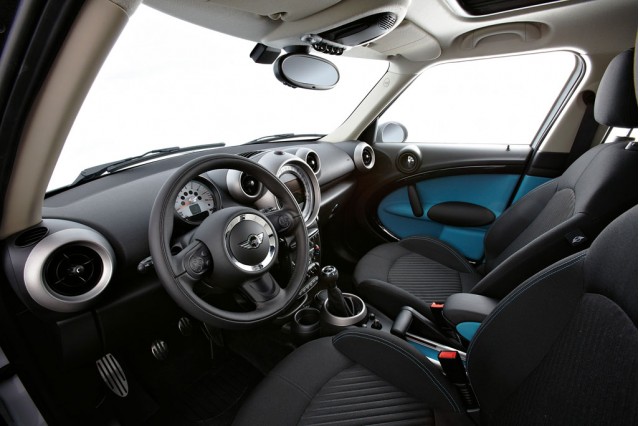 The rest of the interior is all MINI: round gauges, center-mounted speedometer and circular themes are found throughout the cabin. Cloth upholstery on the seats, a leather-bound steering wheel and contrasting door and center console inserts complete the MINI look. Designers have also added the relatively unique Center Rail, which extends from front to rear instead of a conventional center console and opens up a number of storage boxes, cupholders, external audio devices, mobile telephones and other comfort features.

In the U.S., the Countryman is entering with a choice of two engines: the rev-happy 1.6-liter four-cylinder gasoline engine in the Cooper offers fuel efficiency and performance with fully variable valve timing and lift via VALVETRONIC technology. The Cooper S adds a twin-scroll turbocharger and direct fuel injection and also features fully-variable valve management. Customers will be able to choose from a regular 6-speed manual or a 6-speed automatic with paddle-shifters for pseudo manual control. 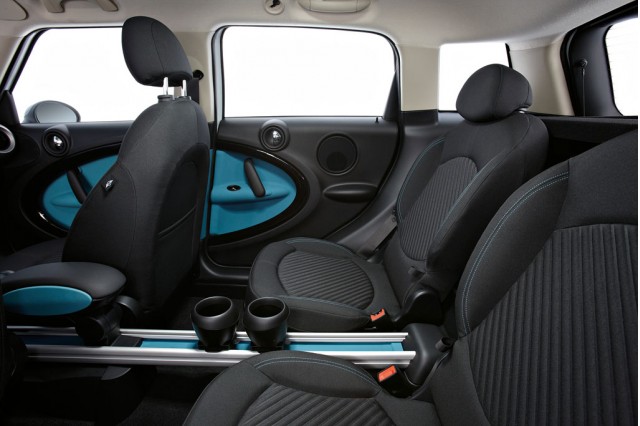 As an option the Cooper S Countryman and Cooper D Countryman are available with permanent ALL4 all-wheel drive system, which features an electrohydraulic differential positioned directly on the final drive varying the distribution from front to rear in an infinite process. Under normal driving conditions up to 50% of the engine’s power goes to the rear wheels, while under extreme conditions up to 100%.