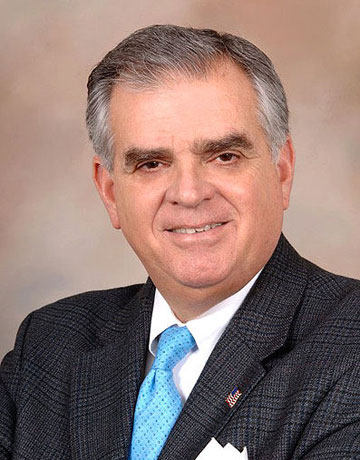 Earlier today, there was a good bit of chatter about U.S. Transportation Secretary Ray LaHood's 7am speech at the 2010 Detroit Auto Show. LaHood is just one of several government personalities visiting the North American International Auto Show today, so both journalists and auto industry types were curious as to what he'd say.

In short, LaHood's speech was fairly inoffensive and predictable -- right down to his use of the "new day" cliche that works its way into nearly every convention speech (whether the focus is autos, computers, or Snuggies). In fact, we'd have been surprised had we not heard LaHood insist that the fed's bailout of Chrysler and GM was "a good investment of taxpayer dollars". Claiming that the Chevrolet Volt is "obviously the kind of green car Americans are looking for" was perhaps a shade too far, but otherwise, LaHood's script was, for lack of a better term, heavily scripted.

However, the media has taken that speech in many different ways. The New York Times good-naturedly chides LaHood for being a cheerleader. ABC, on the other hand, labels him defensive. And the folks at AnnArbor.com portray him as cornered and slightly testy. Comparing reactions to LaHood's speech is actually far more interesting than anything the man himself had to say.

Then again, the same sort of predictability will probably hold true for the teabaggers planning to protest the auto show -- although if they're outside shivering in the five-degree cold, they might have a harder time drawing an audience.