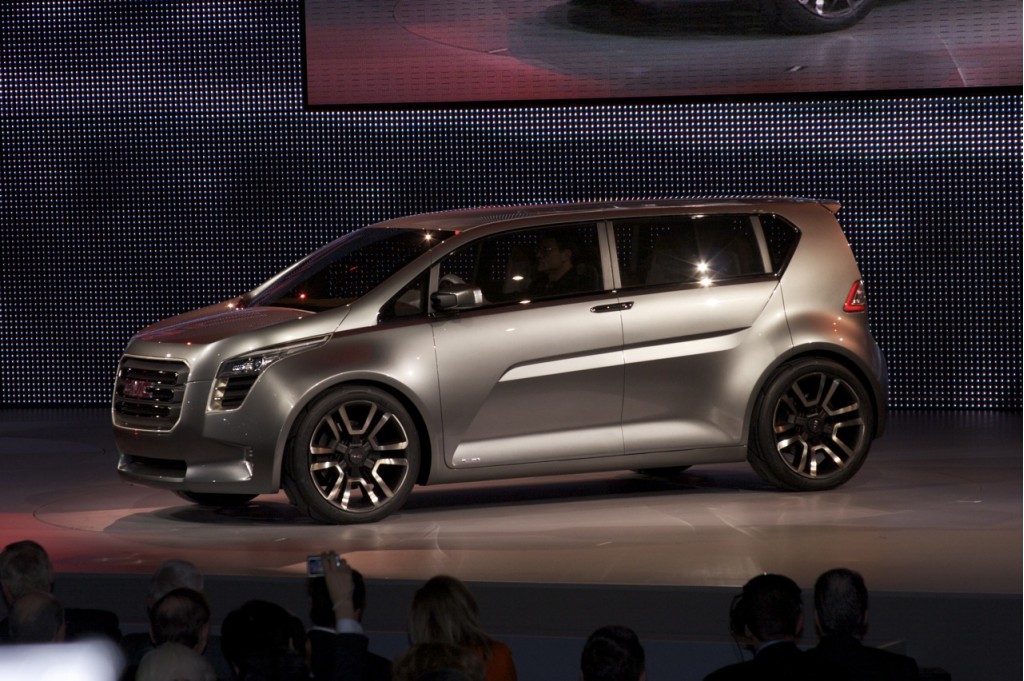 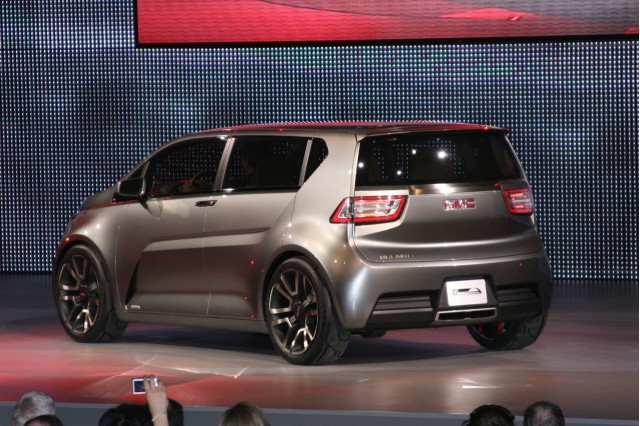 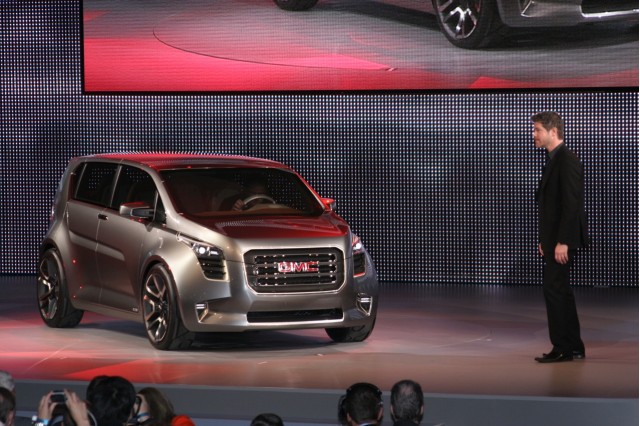 With the new Granite concept, GMC's making a visual promise--to enter the thick of the compact-crossover segment that includes everything from the Kia Soul to the Honda CR-V and Ford Escape.

We previewed the Granite for you earlier this morning, as soon as official GM press materials were released. Now that we've seen the real vehicle, we're more certain than ever that its rear-hinged doors won't make it to production--and neither will the sexy brown suede dash--but that the package is sized right for where the crossover market is headed. And that is, smaller yet.

The Granite has kin in the GM family with the 2011 Chevrolet Orlando, and under the concept's hood is GM's new-generation 1.4-liter four-cylinder that's also found in the Orlando, the upcoming Cruze and in the Volt. In the Granite it's turbocharged, and teamed to a six-speed automatic transmission shifted through a rotary control knob.

We'll have more information on the Granite as it is polished. For live photos from the GM press conference, head over to MotorAuthority.com and while you're at it, get the in-depth Granite concept preview, too.