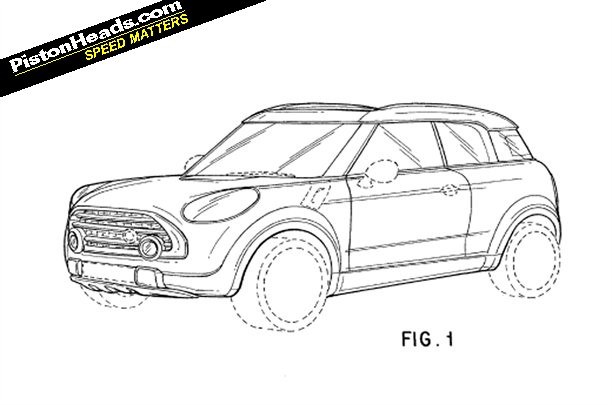 The folks at PistonHeads have dug up some interesting sketches of the upcoming MINI Crossman SUV, which we've previously seen in spy pics, and subsequently in concept form at the 2008 Paris auto show. On the stylistic front, there were some fairly significant differences between those two vehicles: the mule hewed close to the lean, mean MINI mold, while the concept veered into bulky, more muscled territory. The new sketches are technically patent drawings, which mean they likely predate both of the working vehicles. However, they do help show the model's evolution -- notably, changes in the roofline and profile, and the back-and-forth over the rear door.

Unfortunately, we don't expect to see the Crossman at NAIAS next week. However, there are some great MINI items in store. Check the video clip for MINI's official Detroit Auto Show teaser:

First drive: The 2020 Hyundai Venue sets a small but splashy stage
Comments (0)
Commenting is closed for this article
Contribute
Send us a tip Comment Contact the editor
Follow Us