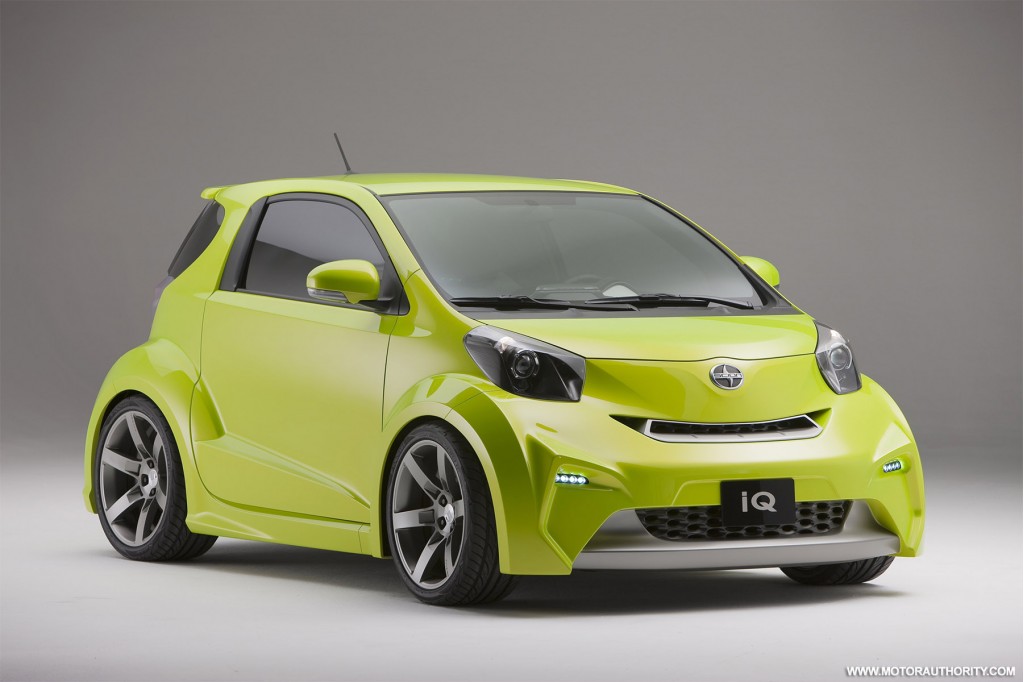 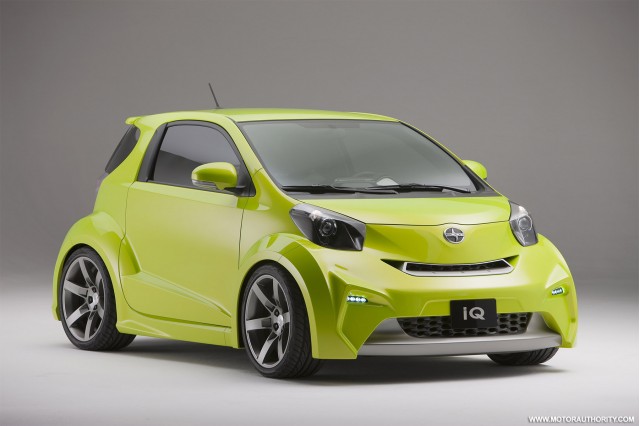 The Toyota iQ is a popular minicar in many parts of the world, and we've known for a while that Toyota was planning to market it as a Scion in the U.S. The timeline for the iQ's launch, however, has been the subject of rumor and speculation: at first it was thought to be 2011, then it was bumped up to 2010, and now we don't know when it's going to drop. However, we may get some firm answers to those questions next week at the 2010 Detroit Auto Show.

According to InsideLine, Toyota will reveal the Scion iQ next Monday, January11, at NAIAS. Interestingly, it's expected to debut in the U.S. as a hybrid five-door hatchback, with a sedan variant to follow. (That makes the iQ the new Toyota hybrid we've been expecting.) Fuel economy will run around 60 mpg, and with pricing in the $15,000 range, the Scion iQ could be a spunky little brother to the more mature, $20,000-ish Toyota Prius. Down the line, expect to see three-door hatch and convertible models, both featuring traditional combustion engines. The first iQs may hit U.S.  showrooms by late 2011.

The Scion iQ has generated lots of interest -- not only from consumers, but also from within the auto industry. Case in point: Aston Martin chose the iQ as the basis for its upcoming Cygnet minicar, and they're doing so with only cosmetic upgrades; Toyota's powertrain is expected to remain intact. And Toyota itself is likely to use the iQ as its first fully electric vehicle, which is slightly surprising, considering the popularity of other small cars in its lineup, like the Yaris.

As we see it, there are at least three major questions ahead for the iQ:

♦  With so many tiny models set to flood showrooms in the next few years, will the iQ be able to grab a respectable slice of market share?

♦  Can the iQ save the faltering Scion?

Those questions won't be answered at the iQ's unveiling on Monday, but others will. Stay tuned.