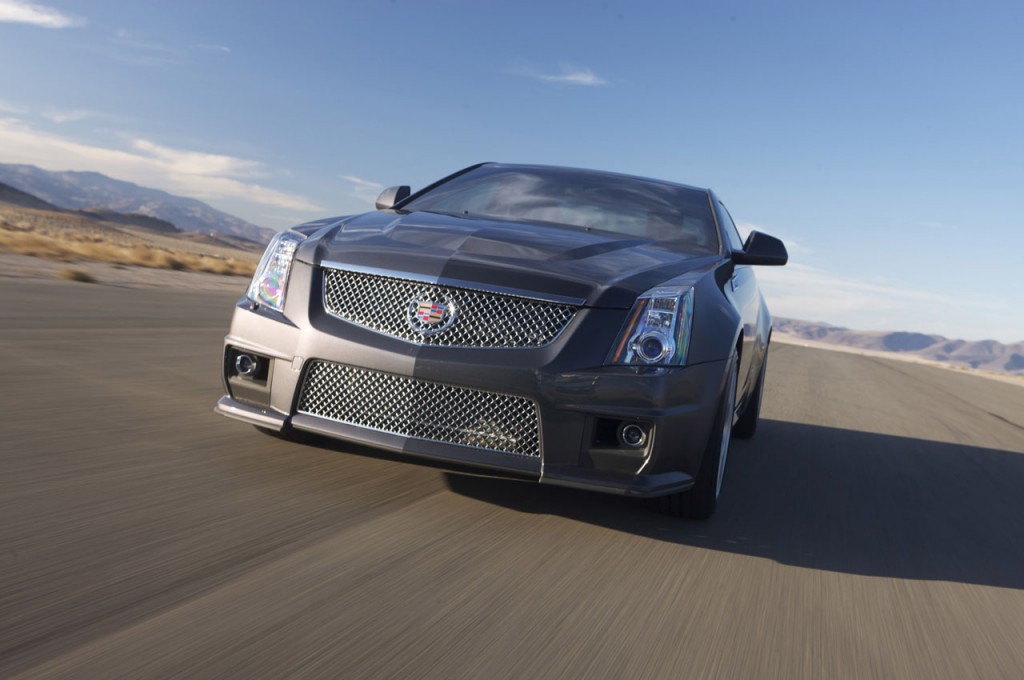 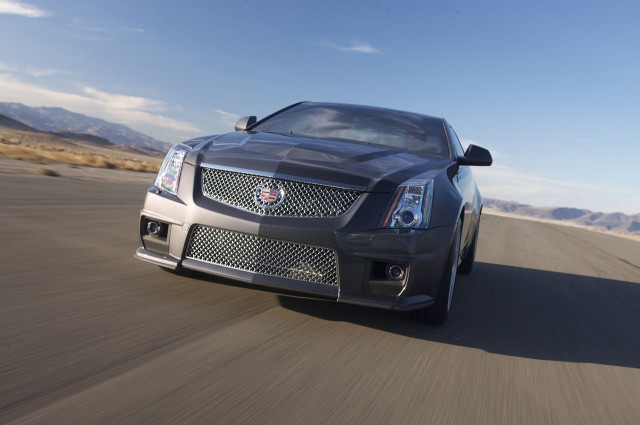 Been wanting more, ever since GM announced its new 2011 Cadillac CTS Coupe? More is exactly what Caddy has in mind with the latest iteration of the V-Series--the CTS-V Coupe.

Set for a global launch at the 2010 North American International Auto Show in Detroit, the CTS-V Coupe shares all its running gear with the CTS-V sedan and most of its looks with the coming CTS Coupe. To the Coupe's handsomely angled sheetmetal, the CTS-V adds a bulging hood with room for a supercharger; new front and rear ends to help air flow; and a new saffron-tinted interior option, with faux-suede inserts on the seats, and with golden stitching on the dash top.It's the V-8 underhood that will draw the most attention, though. The 2011 CTS-V Coupe borrows the sedans' 556-horsepower, supercharged V-8 and should generate near-identical performance, maybe with a bit better traction thanks to a wider rear stance. With either a six-speed manual transmission or a six-speed automatic with a manual-shift mode and paddle controls, Cadillac predicts a 0-60 mph time of 3.9 seconds.

Cadillac promises optional Recaro seats up front, with 14-way power adjustments, more faux-suede trim on the shifter and steering wheel, and piano-black trim on the dash. The door handles have been replaced by a touch pad that obviates the need for a handle cutout, too. Classy. The CTS's wonderful navigation system and pop-up LCD screen, Bluetooth and USB connectivity, and 40GB hard drive for music and maps will be standard features.

Pricing has not yet been announced. The 2011 Cadillac CTS-V Coupe enters production in the summer of 2010, with sales beginning in the fall.