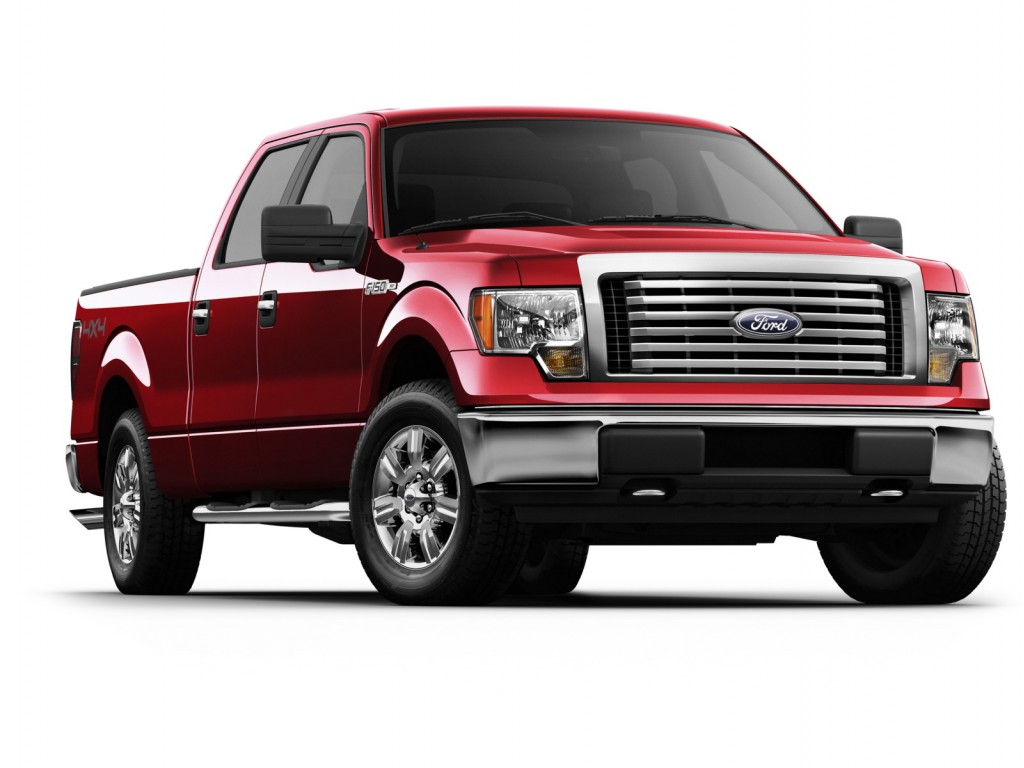 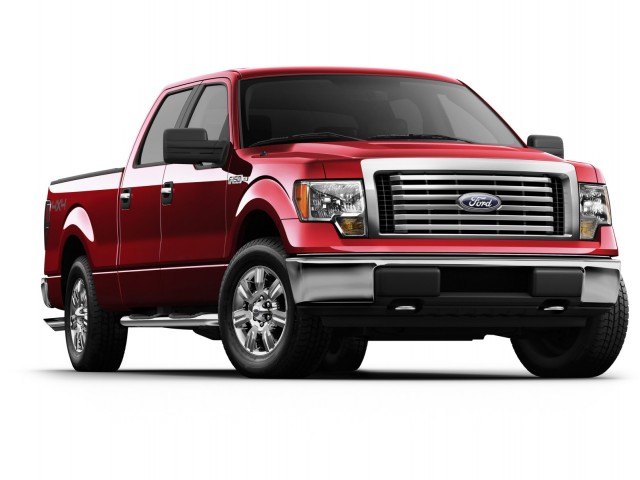 “In the transverse installation in the car, the torque is somewhat limited by transaxle, driveline,” explained Dan Kapp, Ford’s director of powertrain research and advanced engineering, with the engine’s 350 pound-feet rating imposed electronically. “So that when we go into the truck we’ve got the truck transmissions and we can actually get more torque from it, basically using the same setup.” Kapp also said there’s a potential for a lower exhaust backpressure in the F-150, but the power outputs between the two won’t be all that different.

This past year, Ford has rolled out the first of a new generation of so-called EcoBoost engines. Designed to reduce fuel consumption and CO2 emissions, with performance to rival larger engines, the family pairs turbocharging and direct injection. In Ford’s car and crossover applications, including the Ford Flex, Lincoln MKS, and Ford Taurus SHO, the EcoBoost 3.5-liter V-6 makes 355 horsepower (365 in the SHO) and 355 pound-feet of torque. 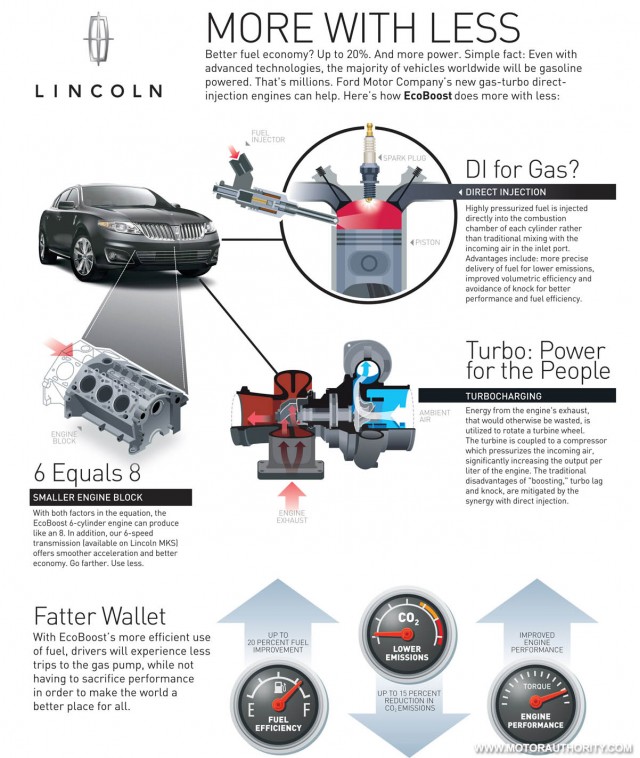 For truck buyers who might be reluctant to think that a turbocharged gasoline engine could be good in the F-150 for serious truck tasks like towing and hauling, Kapp assured TheCarConnection.com that the EcoBoost will have all the towing capabilities of the existing V-8 lineup. The EcoBoost 3.5 will be offered as a premium engine upgrade over the 5.4-liter V-8, said Kapp, and targeting that premium-engine customer. “They’re the customer we have to satisfy, and they’re the towers,” he added.

Fuel economy should remain stellar. According to Ford, the 2011 EcoBoost F-150 will get a 20-percent improvement in fuel economy over the larger V-8.