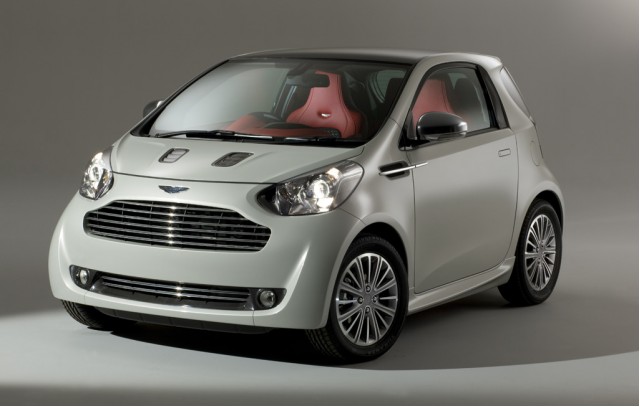 Six months ago, Aston Martin first showed the tiny four-seat city car. It's essentially a rebadged version of the Toyota iQ hatchback--which is headed to the U.S. as a Scion model in the near future. This time around, Aston Martin says its work on the Cygnet will continue throughout the 2010 calendar year. Other sources say the British luxury car brand will have a production version ready at the 2010 Geneva motor show.

The Cygnet may be a Toyota at heart, but Aston Martin's gone to lengths to make sure it's at least fitted like one of its own exotic cars, with custom interior trim and distinct styling add-ons. Underneath, it's pure iQ, with an overall length of 9.8 feet, a three-cylinder engine, and a five-star European safety rating.

Aston Martin believes the Cygnet will help it cope with tougher emissions rules in the making, while also positioning itself as a more environmentally conscious brand--and positioning its exotic cars as occasional-use vehicles, with the Cygnet taking over in everyday commuting.

Though it hasn't been confirmed for production, it's expected the Cygnet will come as a package deal with certain new Aston Martin vehicles. Some 30 percent of existing Aston customers already own small cars from MINI or Smart.

2021 Toyota 4Runner updated, Trail editions return, and TRD Pros get spacey
Comments (0)
Commenting is closed for this article
Contribute
Send us a tip Comment Contact the editor
Follow Us