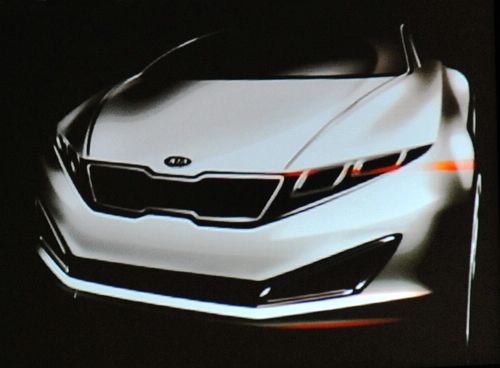 Kia design director Peter Schreyer has shown off a teaser for a new flagship sedan concept dubbed the K9, which the South Korean automaker plans to launch in the next couple of years. Likely to be based on the Hyundai Genesis platform, the new car will feature a 4.6-liter Tau V-8 and a new 6-speed automatic transmission. [Aboutcar.co.kr]

It’s official. Volkswagen has formed a partnership with Suzuki, announcing today that it has acquired a 19.9% stake in the Japanese automaker. The deal opens the door to materials and parts sharing between the two companies, enabling VW to make small cars more cheaply and Suzuki to improving the quality and variety of its offerings. [Motor Authority]

Originally announced way back in 2007, the Hennessey Venom GT has gone through several iterations while still on the drawing board. However, now it appears the guys at Hennessey are working on the first prototype--or at least a concept. [Autoblog]

Next year will see the launch of the new 2011 Honda CR-Z sports hybrid but we can reveal today the car modified by Honda’s official in-house tuner Mugen. Not much is known about the car but it appears to be wearing a custom bodykit and unique 17-inch wheels. [Temple of VTEC]