Video: Chrysler Gets Political In New Spots For 300 Sedan 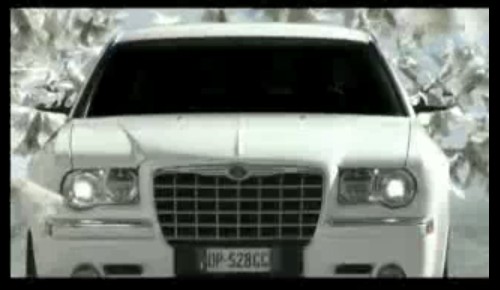 Chrysler has launched a new 30-second ad for its 300 sedan, and we have to say: it's pretty impressive. No, the copy's not the best on record, and the theme comes out of left field, but the clip delivers a strong emotional wallop. And best of all: it says practically nothing about the car itself.

See, here's a little secret from the marketing world: you can't actually say much in 30 seconds. Oh, people try. Next time you plop down to watch TV, pay close attention to the commercials, and you'll see companies large and small cram in countless detail about their history and their products -- then just to confuse things, they'll top everything off with a tortured tag line. Those are the kind of spots that have made Tivo a household name.

No, the only thing you can really do in 30 seconds of TV time is make an emotional appeal. As the ad logic goes: aim for the heart, not the mind, because the mind's a slow learner. For an example of that principle in action, look to Apple's classic "1984" spot, which still packs a lot of punch. The recent Toyota Prius ads have a similarly strong effect, using striking visuals, a soundtrack, and minimal voiceover to convey a happy, green-friendly brand.

Chrysler's new spot for the 300 sedan aims for that kind of impact. Featuring images of revolutionary leaders like Mikhail Gorbachev, Nelson Mandela, and Lech Walesa, its theme links freedom fighters and 300 riders. The truly emotional bit comes at the end, when the voiceover reveals that the ad is dedicated to Aung San Suu Kyi, the Nobel Peace Prize-winning democracy advocate from Myanmar. The camera pans up the 300, through its open rear door, to reveal an empty back seat where Suu Kyi would be seated had she not spent the better part of 20 years under house arrest. The shot is paired with a plaintive violin -- the textbook means for film directors to make audiences go weepy. (Which explains why those adagios from Samuel Barber and Tomaso Albinoni show up in every other tearjerker.) In all honesty, it's a pretty compelling image.

It's also an exceptionally weird image for a car company to glom onto. Many car ads create emotional appeal, but most have to do with obvious things like offroad adventure or sleek, sexy rides. Political activism? Not so much.

Obviously, this is part of Chrysler's effort to rebrand itself -- to get the public excited about its products and to make customers feel good about buying them. On the other hand, cynics are apt to wonder, if Chrysler's so concerned about political imprisonment, why doesn't the company just make a donation to Amnesty International? And in fact, that would be a very smart thing for Chrysler to do: if the company doesn't make a real, charitable gesture (ideally, a financial contribution) in conjunction with the campaign, someone's liable to get raked over the coals -- someone other than Ms. Suu Kyi, we mean.

UPDATE: Chrysler has responded to negative press about this ad with a post to the Chrysler blog. Takeaways: it was produced by Lancia's Italian ad agency, and none of the Nobel laureates in the spot were compensated. Also: it's not an "ad", but a "film". Still unknown: whether or not Chrysler conducted any charitable actions in conjunction with the piece.

Anyway, we've rattled on long enough. Take a look at the ad below and see what we mean: