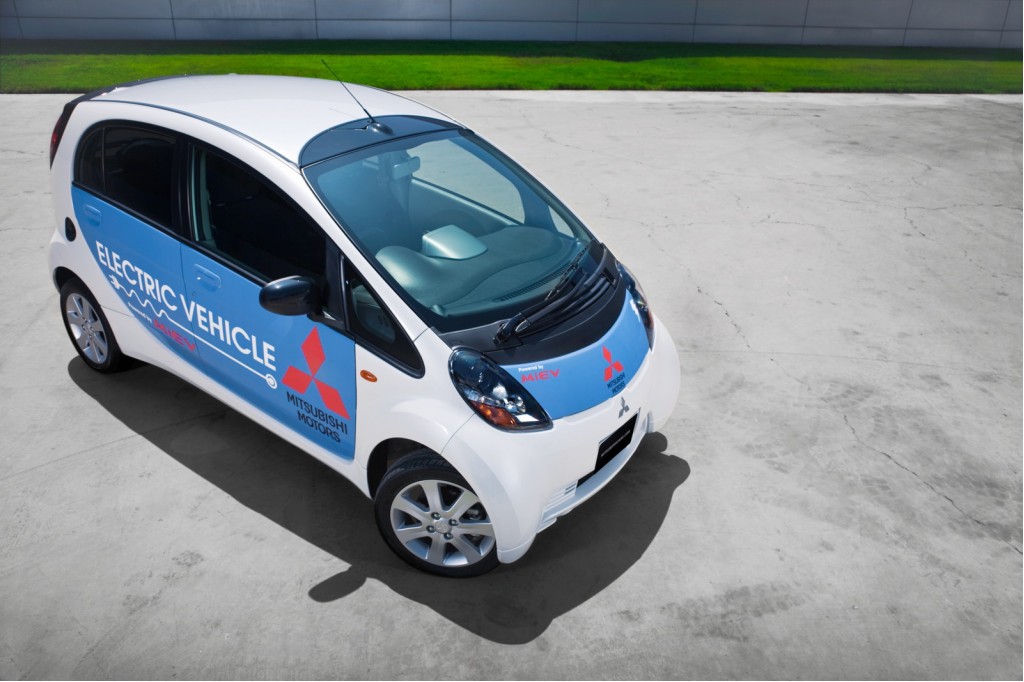 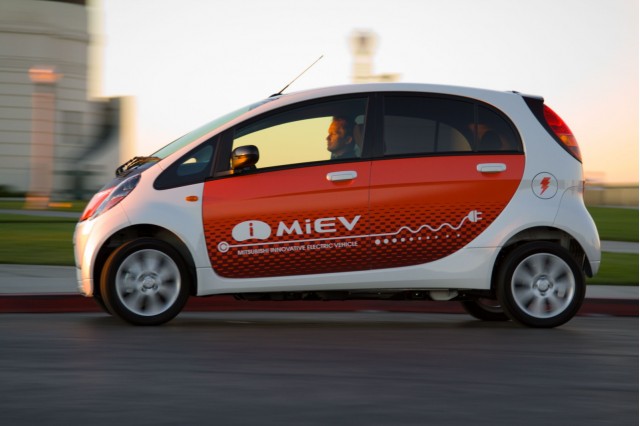 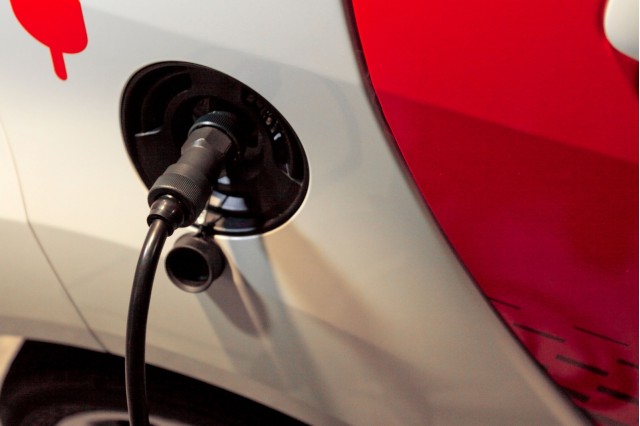 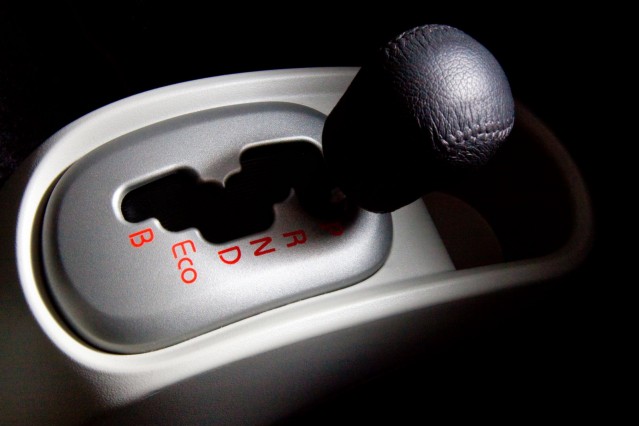 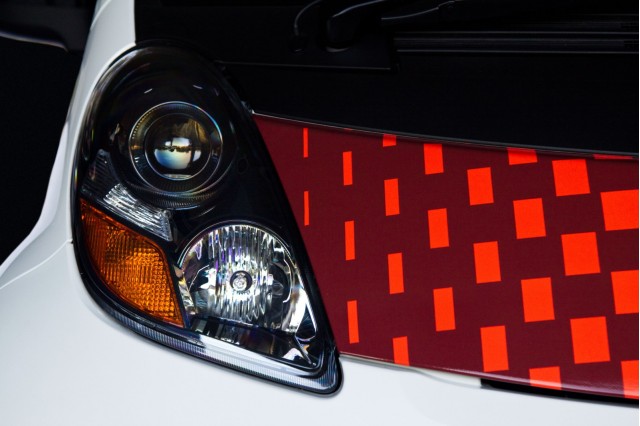 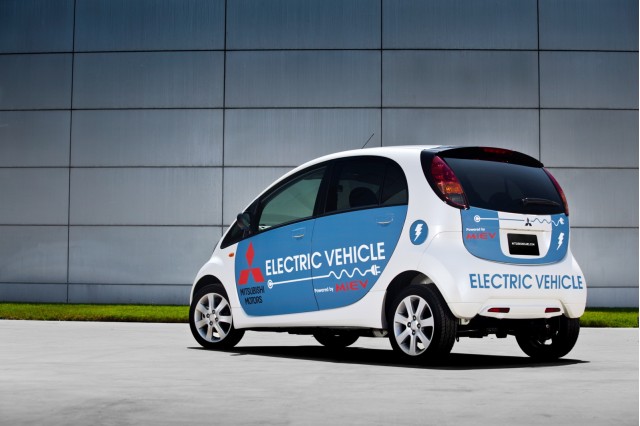 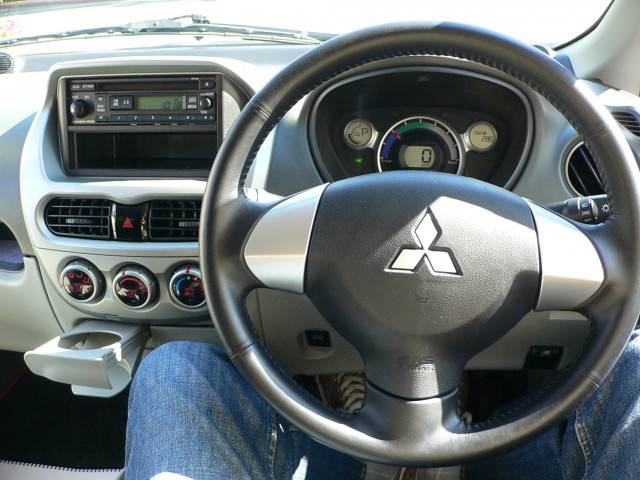 Over the past year, the little Mitsubishi MiEV electric minicar has been making the rounds in the U.S. and abroad, with test fleets in the works in a number of countries. And although Mitsubishi hasn't yet announced how the MiEV might be sold or leased to the public in the U.S., it hasn't hesitated to let us in the motoring press sample it.

That includes in the vast Palm Springs area, which seemed a brave venue for the diminutive MiEV—sized between the Smart Fortwo and the Mini Cooper—given the prevalence of ridiculously large vehicles and foggy-eyed red-light runners. Although this editor has driven the MiEV at several locales at parking-lot speeds, and our companion site Green Car Reports posted a full drive report earlier this year, this gave us our first chance to get the MiEV up to highway speeds.

Our right-hook production (Japan-market) MiEV looked almost identical to the 'i' minicar, on which it's based. Just like in the 'i', which we also reported on this past week and drove at this same event, the narrow body is the most constraining part of the experience—you'll be bumping elbows with your passenger—but there's actually adequate headroom and legroom in front or in back. Thanks to the mid-engine layout of the 'i', with the little three-banger normally positioned just under the back seat and ahead of the rear wheels, very little cabin space goes unused yet more space in front and in back can go toward crumple zones.

Packaging for the battery and motor system, as with the 'i', is smart. The MiEV's 16-kilowatt-hour lithium-ion battery pack fits neatly with the motor system under the back seat and cargo floor and allows a real-world driving range of about 80 miles. Its motor produces 47 kW, which equates to the 63 horsepower that's the most permitted in so-called kei cars, a type of minicar that's exempt from some taxes in Japan.

Step into the i-MiEV and turn on the ignition, and unlike some electric vehicles you don't hear the whirring of cooling fans in the battery compartment almost instantly.

Moving away from a parking space, we noted that there's almost no—if any—creep when you lift your foot off the brake. With a slight press of the throttle pedal you're moving forward smoothly. Step on it a little more and you'll hear more of a faint whine—and if you haven't driven an electric vehicle before you'll be astonished by the available torque.

Neither the MiEV nor the 'i' that it's based on are downright quick, but the 'i' feels to have the advantage, at least from a standstill up to about 35 mph. We took the MiEV up to nearly 65 mph and at that point it didn't feel nearly as perky; the MiEV is limited to a top speed of 80 mph. At low speeds, the 2010 MiEV is much more in its element, feeling more substantial than the Smart Fortwo.

Also of note is that the MiEV's regenerative braking is very subtle; even by placing the shifter in the 'B' mode, which orders up more resistance, it's nowhere as aggressive as in the Mini E, for instance. There's also an Eco mode that cuts available power, aimed at eking the most out your charge, but in an area of high-speed boulevards it wasn't an option.

The MiEV was also very affected by load, which seems to be the case with most minicars; we noticed that with more weight, ride quality deteriorated.

Charging, as with most EVs, remains the single greatest hurdle. It takes about seven hours to charge with a 220-volt system and 14 hours with a household 110-volt AC outlet. We're still holding out for those special three-phase 220-volt quick chargers to become widely available; with them, Mitsubishi says you can get the battery pack to 80 percent in just 30 minutes.