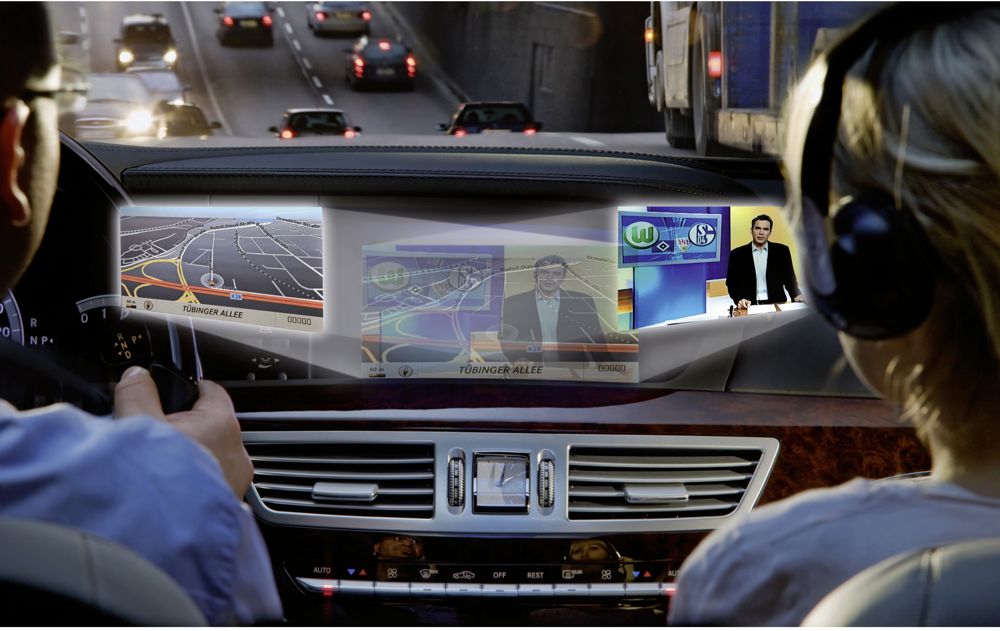 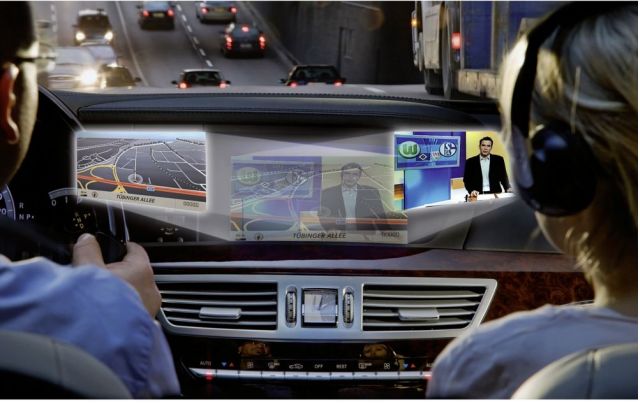 Mercedes Benz today announced the availability of a new display technology that allows driver and passenger to see two totally separate programs from the same screen, at the same time.

The technology has been around for a while but it’s only now making its North American debut, which is planned for next week’s 2009 Los Angeles Auto Show.

Dubbed Splitview, the technology will be available in the 2010 S-Class initially, and it’s not known if any other models will offer it as well. Pricing for the system has not yet been announced either, but the 8 inch display promises full integration with the COMAND information system as well as offering DVD and TV entertainment to the passenger. At the same time, the driver can use the display for navigation or other information display purposes.

Touchscreen functionality applies only to the driver's view of the screen, however, with the passenger's view controlled by a separate remote. To keep the passenger's entertainment from distracting the driver, the audio output can even be routed through headphones while still allowing regular function of the rest of the car's systems.