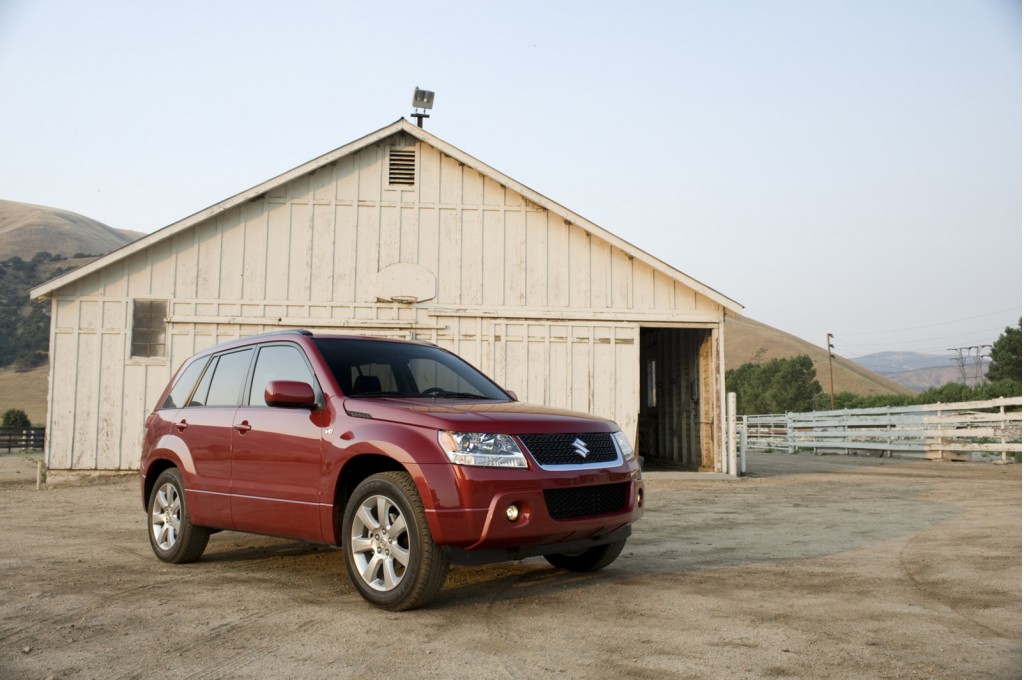 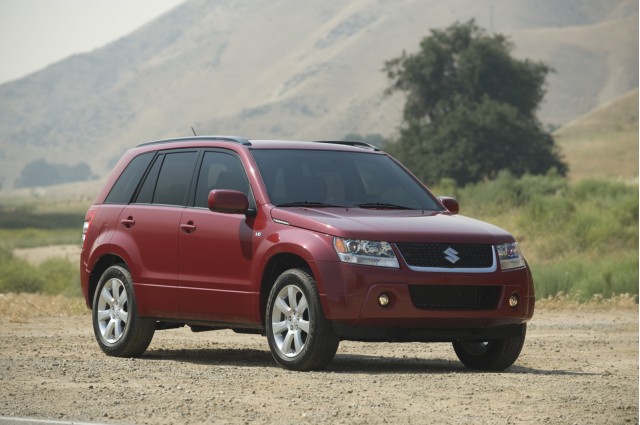 While the all-new 2010 Kizashi sedan is earning Suzuki some well-deserved attention, we can't forget that SUVs are what Suzuki has really built its name on in the U.S.  Vehicles like the Samurai, Sidekick, and Vitara forged a path for Suzuki as the producer of sturdy, compact, off-road-capable, and sometimes-eccentric (X90) SUVs.

The vehicle that carries on the conservative side of that legacy—and the only SUV left in Suzuki's lineup, with the XL7 discontinued—is the Grand Vitara. As Suzuki's bread and butter utility vehicle, it's quite distinct in the market today because of its slightly truckier layout, compared to other compact crossover utes like the 2010 Honda CR-V, Toyota RAV4, or Chevrolet Equinox.

The Grand Vitara doesn't use a full-on body-on-frame construction like the new 2010 Lexus GX 460 we just tested, rather a unibody mated to an integral ladder frame, which helps save weight while keeping the level of toughness expected by regular off-roaders.

But you probably wouldn't know that, either looking at the Grand Vitara from the outside or even riding in it. The Grand Vitara's design still looks pert and contemporary from the outside; it's conservative, but has a combination of subtle, sporty cues and a nice, pleasant silhouette that, we think, won't look outdated nearly as quickly as many compact crossovers. Inside, the Grand Vitara feels a bit narrow, with a slightly more upright feel to its cabin design than most other vehicles we might compare it to, but the same can be said about the details—simple, straightforward, and rather ageless.

As we hinted, ride quality is better than you'd probably expect. A four-wheel independent suspension, soaks up rough road surfaces with aplomb, with the cabin relatively quiet and isolated. Thanks to the longer wheelbase, the Grand Vitara doesn't have the pitchy feel that Suzuki's shorter utility vehicles have had in the past, nor does it have the side-to-side head-toss that's often produced in taller vehicles on rough roads—altogether a sign of good suspension tuning.

Hustle the Grand Vitara quickly around tight corners as we did, running in 2WD on a wet road with heaved surfaces, and you're bound to be delighted with the way this ute handles. Though the seating position is high, the GV is confidence-inspiring in corners, feeling very poised and balanced, with the stability control stepping in gently yet firmly if the tail starts to step out of line. 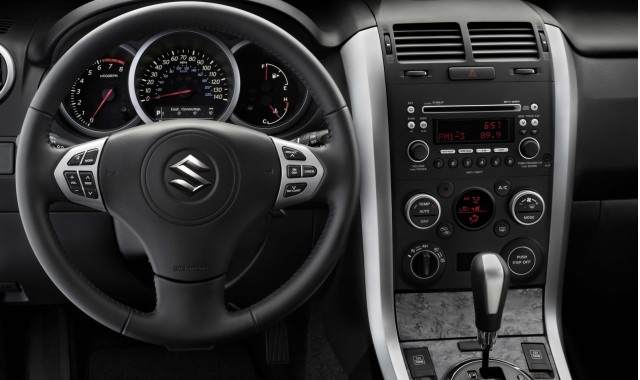 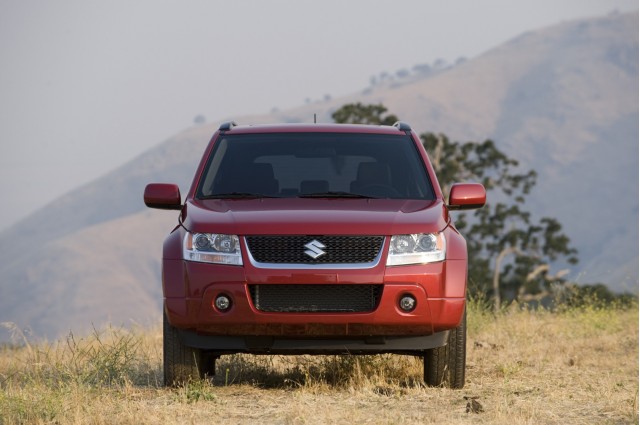 Prior to last year, we criticized the Suzuki Grand Vitara for its deceptively abrupt throttle calibration off the line, followed by a winded feeling at highway speeds. Thanks to the stronger 230-horsepower, 3.2-liter V-6 that was introduced for 2009, the Grand Vitara now has a more sophisticated feel on the road and adequate kick for quick passing power.

That said, the five-speed automatic transmission and V-6 still aren't the most willing combination. The transmission seems to balk a bit, hesitating to downshift, then when it does reach down to third or fourth gear it's rougher that it should be.

Despite it being a larger engine, fuel economy is improved with the 3.2-liter. We saw nearly 20 mpg in about 100 miles of combined driving, very little of it leisurely. That's several miles per gallon better than we observed with the previous 2.7-liter version.

A 166-horsepower, 2.4-liter four-cylinder engine is now standard on the Grand Vitara; while we haven't tested it, it's offered with a five-speed manual transmission as well as an automatic. 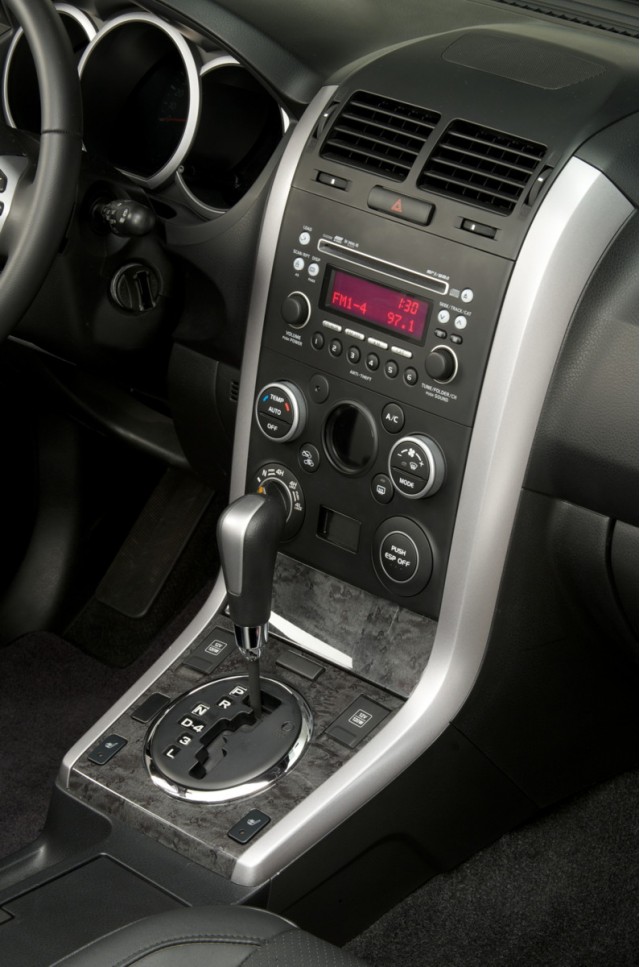 Overall, the Grand Vitara's interior can feel quite basic in its lesser trims, but our V6 Limited test vehicle, at about $27k, felt quite extravagant, with nice heated leather seats, heated mirrors, a garage-door opener, keyless entry and start, and XM satellite radio. However the sound system was a letdown, with boomy, muddled sound coming from the door panels paired with flimsy tweeters up by the A-pillars together producing an unsatisfying result, with rock music especially.

The real star of the interior however is the included Garmin touch-screen navigation system, which is right at the top of the dash and flips up easily only when needed. It has a bright color screen and includes lane assist and a 3D view that's better than what many other OEM systems have, plus in the Limited it includes MSN Direct, with gas prices, news, weather, and even flight information—with a year of service included.

The Grand Vitara has a true neutral setting for the Four Mode four-wheel drive system, which makes it a good choice for flat towing behind RVs. On the off-road side, the Limited upgrades to Hill Hold Control and Hill Descent Control, which helps maintain stability. 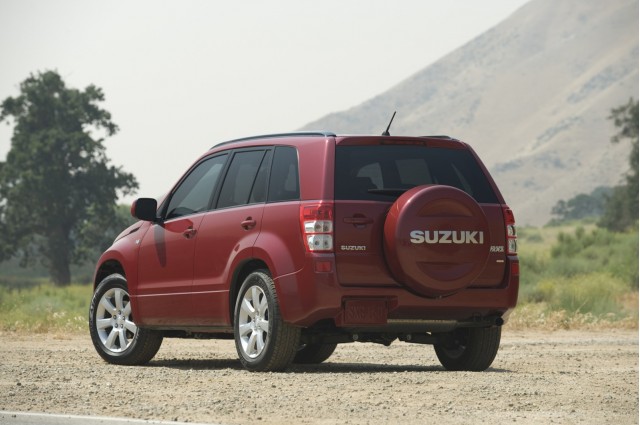 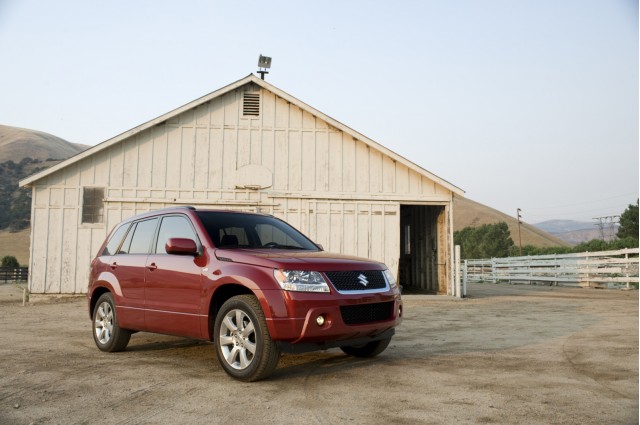 While some things change, others stay the same. One continued disappointment is that the cargo floor is a bit higher than you might expect. The side-opening tailgate is definitely one of those things that you should test at the dealership or better yet out on the test drive with a load of groceries, but with a strut mechanism to assist you it's not nearly as difficult to open as you might expect, looking at the hatch-mounted spare. On the plus side, the Grand Vitara's backseat is proportioned just right to fit two adults comfortably.

Although we think Suzuki could use a compact crossover in its lineup—especially one that has the Kizashi's new attitude—we understand that a relatively small brand in the U.S. needs to pick its battles. And with a level of toughness and SUV authenticity, combined with refinement, in the Grand Vitara, there's already a lot to like.