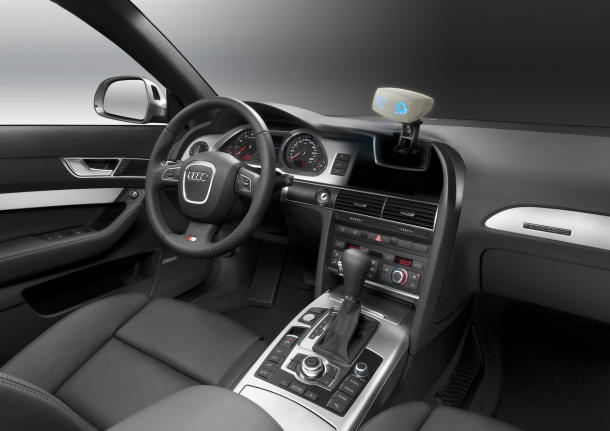 Here at TheCarConnection.com, we see a lot of gadgets designed to enhance the driving experience. Like the Mercedes-Benz mbrace system we mentioned yesterday, most are telematics devices offering directions, traffic news, and other familiar data. But MIT's SENSEable City Lab envisions something different: an onboard robot capable of giving drivers feedback on their driving style, reminding folks to buckle up, and generally providing a more "symbiotic" relationship between vehicle and driver. Most curiously, the Affective Intelligent Driving Agent -- code-named AIDA -- also conveys expressions via its Wall-E-esque, stylized human face. MIT is developing the robot in conjunction with Audi at a Volkswagen lab in Palo Alto, California, so we'll try to feign surprise if it shows up on a few dashboards at the 2010 Frankfurt Motor Show. [Wired]