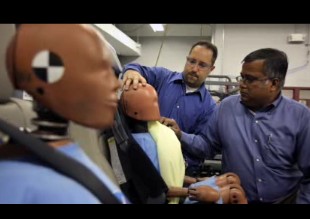 At the 2001 Detroit auto show, Ford debuted some intriguing technology: airbag-enabled seat belts. After years of additional testing and refinement, it appears that the devices are finally ready for prime time. They'll soon be available as an option on next-gen Ford Explorers; afterward, they'll debut in Europe and other markets. While we're waiting for news about their appearance on other Ford vehicles in the U.S., there's a short video about the belts below. Pretty nifty stuff.