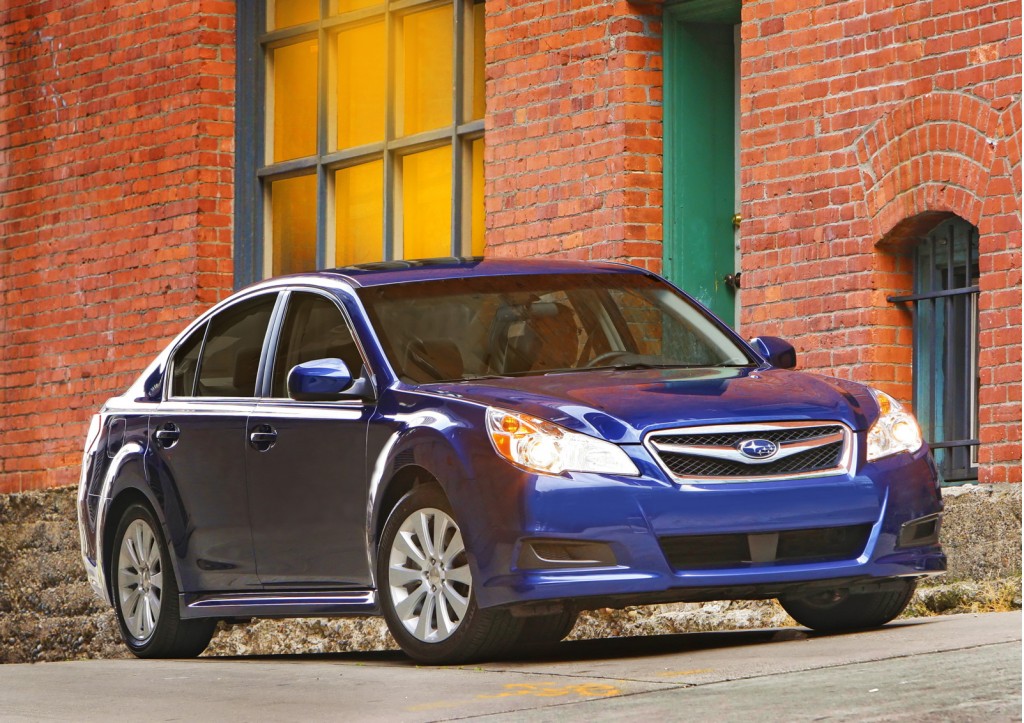 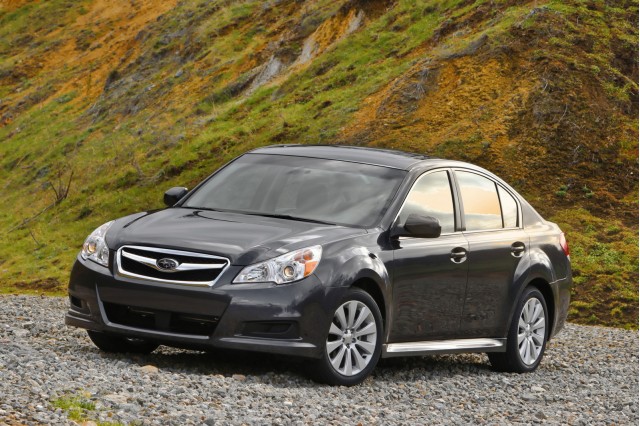 One of the most buzzed about cars at the 2009 New York Auto Show was the 2010 Subaru Legacy, and we finally got a chance to sample a the new Legacy last month. We hopped behind the wheel of a pre-production 2010 Legacy 2.5i Premium with the 6-speed manual transmission, and here's what we found.

The 170-horsepower 2.5-liter horizontally-opposed ("boxer") engine doesn't exactly offer sports-car power, but it's more than adequate for keeping up with suburban traffic. It's aided and abetted by a 6-speed manual transmission that generally offers smooth shifts, although it could use some improvement. The ride is smooth and drama-free, and it's complimented by accurate steering.

The Legacy feels solidly put together, and both the exterior and interior designs are handsome. Those compliments offset some flaws, such as a small opening for an otherwise large trunk, and a fussy electronic parking brake.

Legacy comes in eight trim levels for 2010, and a new 256-horsepower 3.6-liter V-6 is available. Also available is a turbocharged 2.5-liter four that makes 265 horsepower. We didn't have a chance to sample either of those engines, but we imagine the extra power can't hurt.

Subaru needed to update the Legacy in a big way to keep it competitive with other midsize sedans, and the first impression is that the new Legacy should be much more competitive in this class. We'd like to spend some more time behind the wheel of a production unit, and we're also waiting to test models with the turbo 2.5 four and the 3.6 V-6. Once we get some more seat time, we will bring you a more detailed report.