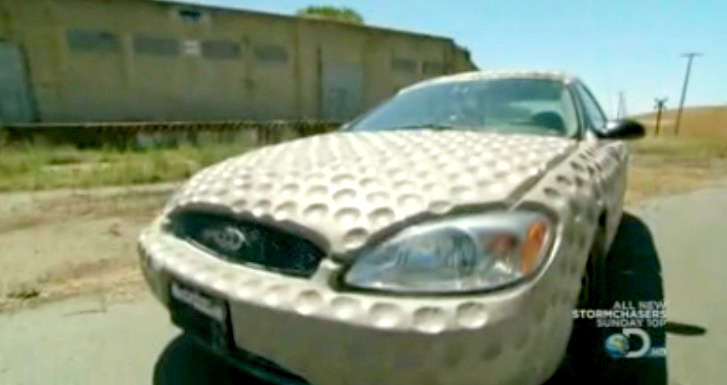 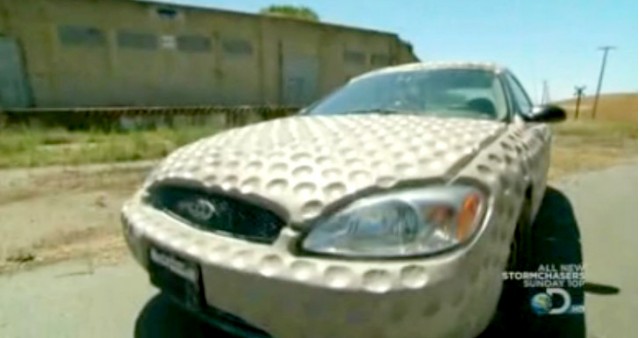 We've mentioned the FastSkinz applique a couple of times on TCC. It's a wrap for cars that's dimpled like a golf ball, and the manufacturer says it boosts fuel efficiency by 18% to 20%. According to what we've read, those claims are wildly inaccurate, but that didn't deter the Discovery Channel's Mythbusters team from running a similar experiment using a Ford Taurus, some modeling clay, and 1082 dimples. Their results? Mildly surprising. The whole episode is embedded below, but you can jump to the 40 minute mark if you're short on time.