Save $42K On A Tesla, Ford Seeking Social Fusion And More Today At High Gear Media 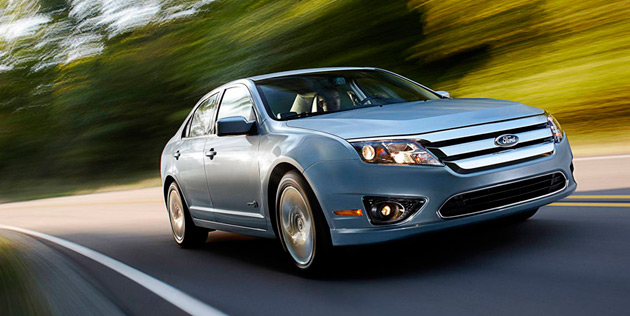 The first four-cylinder application of EcoBoost technology will be a 2.0L mill that will likely debut in the Fusion sedan

Social media is digging its hooks into the tender car segment, with Ford launching its new Fusion41 campaign to follow up on the Fiesta Movement. Chevrolet is getting in on the action too, with a contest to name the Volt's paint color. Volkswagen has even launched the 2010 GTI via an iPhone app that lets gamers Twitter with each other over who has the highest score.

In the market for an electric sports car? Tesla has you covered--and if you buy it in Colorado, you can save up to $42,000! And you can have your cash delivered to you in an Bright Idea delivery van capable of 40 all-electric miles. Oddly enough, neither car is on the top-10 list of most fuel efficient vehicles in the U.S.

Just hope that your huge pile of money doesn't get near a teen driver on the way--a new study says they're not heeding anti-texting laws.

All these topics and more are covered in the stories below--follow the jump for all the links on the second page!

Have something to say? Give us your perspective! Read below for instructions on how you can become a High Gear Media car writer.

From around the High Gear Media network
AllCarsElectric.com:
Test Drive: Volvo C30 BEV
Use of Aluminum Could Reduce Cost of EVs by $3,000