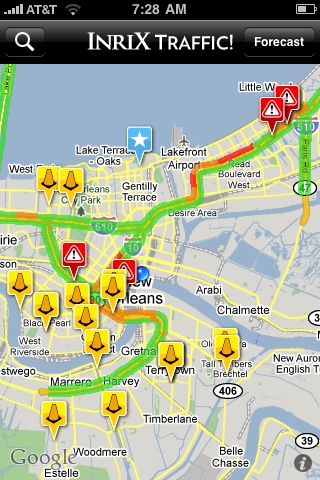 They say there's no such thing as a free lunch, but there are loads of other things you can get for nothing -- including thousands of applications for mobile phones. Notable among them is the INRIX TRAFFIC! app, which has been available on the iPhone for some time, and recently launched on the Android platform for Sprint and T-Mobile subscribers. TRAFFIC! uses Clear Channel's Total Traffic Network to provide regularly updated information about accidents, construction projects, and special events that could leave drivers in the lurch. It's admittedly a little tricky to use while driving, but for those who don't have traffic-enabled satnav, it's a nice alternative. And besides: who can argue with free? [INRIX]