Traffic Cam Detector: For The Bad Driver Who Has Everything 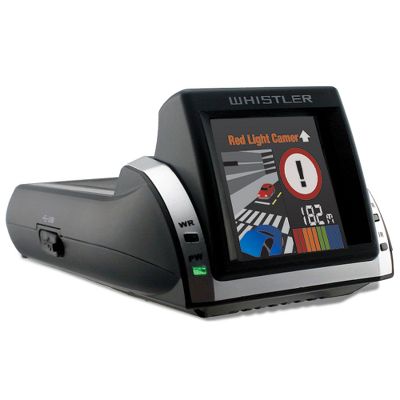 Nobody likes traffic cams, but most urban dwellers have come to accept them as an unfortunate part of city driving. Still, there are quite a few folks who'll want a second look at this new dashtop red light camera detector, made by everyone's favorite sea-level SkyMall, Hammacher Schlemmer. Yeah, it's a heaping mass of ugly, and it runs $199.95 (plus a $19.95 annual fee to access its ever-changing database of cameras), but if you're the sort of person who needs it, the device could pay for itself pretty quickly. A cheaper alternative would be NOT driving like a jerk, but, hey, it's your money. [Engadget via MP]