Legalwatch: Legislation To Oversee Auto Dealers In The Works 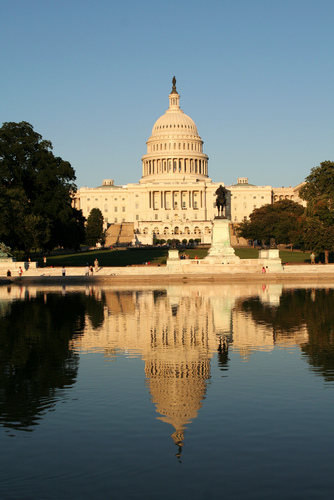 With the recent restructuring of Chrysler and General Motors, there's been a lot of focus on auto dealers -- particularly those who were axed from the two companies' networks. Considerable time and energy on Capitol Hill has been dedicated to protecting dealers during the bankruptcy process, but now, new legislation is being developed to scrutinize them. And it has nothing to do with the auto industry bailout.

Indeed, this new legislation is related to a different bailout altogether: that of the financial industry. Pushed by an array of consumer groups, including the Consumer Federation of America, Consumers Union, and the National Council of La Raza, the legislation seeks to create something called the "Consumer Financial Protection Agency". That agency would oversee the lending practices of companies across the country -- not just banks, but any organization that brokers loans to consumers, including department stores, furniture rental outfits, and, of course, auto dealers. The goal of the measure is to protect consumers from predatory lending practices like those used on home buyers prior to the sub-prime meltdown.

The legislation is being drafted in the House Financial Services Committee, headed by chairman Barney Frank (D-MA) and ranking minority member Spencer Bachus (R-AL). As it currently stands, auto dealers would get a nominal reduction in oversight in instances where buyers bring their own financing or pay cash for vehicle purchases. However, the consumer groups mentioned above want to close all such loopholes and ensure that every financial transaction is subject to regulation, regardless of the surrounding circumstances.

Not surprisingly, the National Automobile Dealers Association is vehemently opposed to the legislation. First, NADA argues that the new regulations will be costly to dealers (and ultimately, consumers), and that they come at a time "when thousands of new car dealers are being forced out of business". Second, NADA insists that the legislation is redundant, since auto lending is already regulated at the federal and state levels. And third, NADA claims that auto dealers have rarely employed predatory lending practices. Its proof? Of all the complaints filed with the Federal Trade Commission last year, only 1% were auto-related.

Now, we're not experts in matters of finance (obviously), but we're not terribly persuaded by arguments that say, "We don't get that many complaints, so go bother someone else".  On the other hand, with very few exceptions (web servers among them), redundancy is usually a bad idea. Maybe it's time for a compromise.