2010 Honda Element Lives Up To Its Pet Pawtential 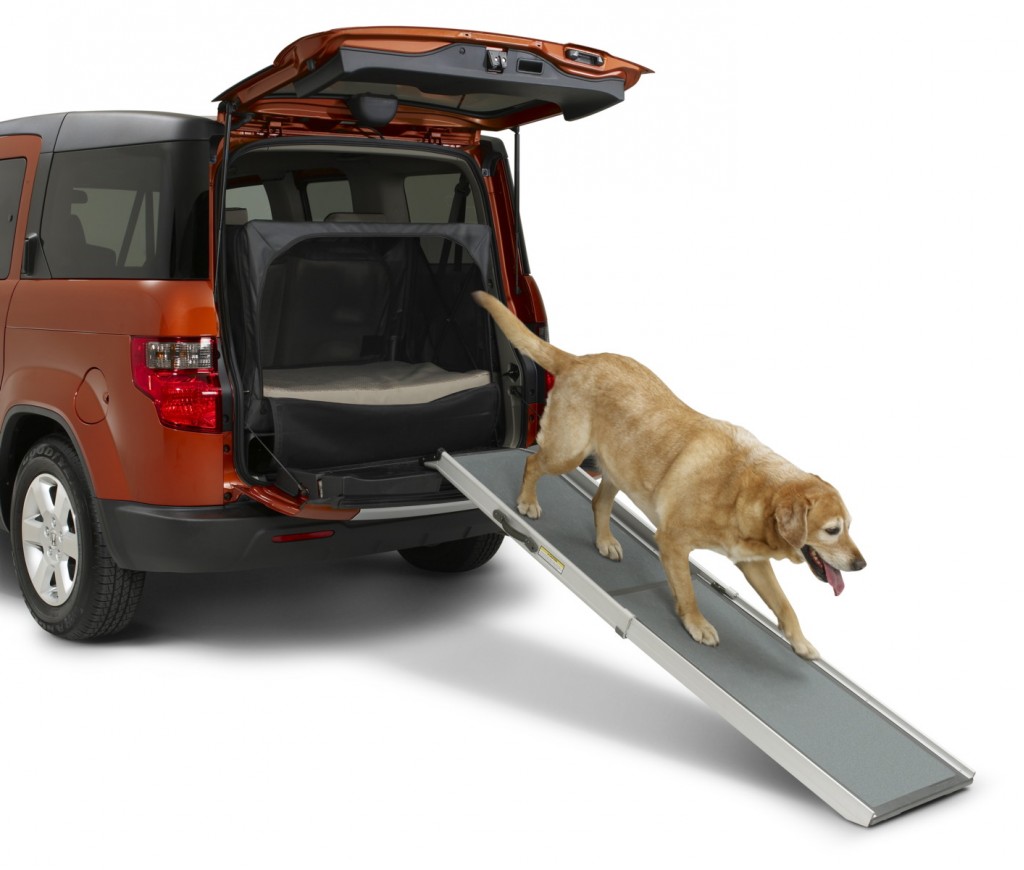 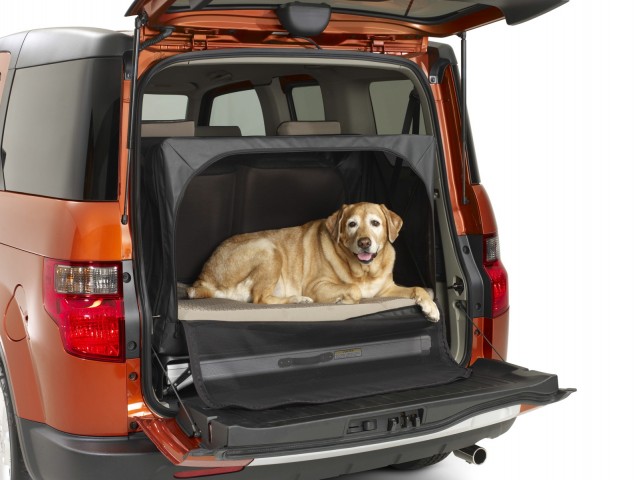 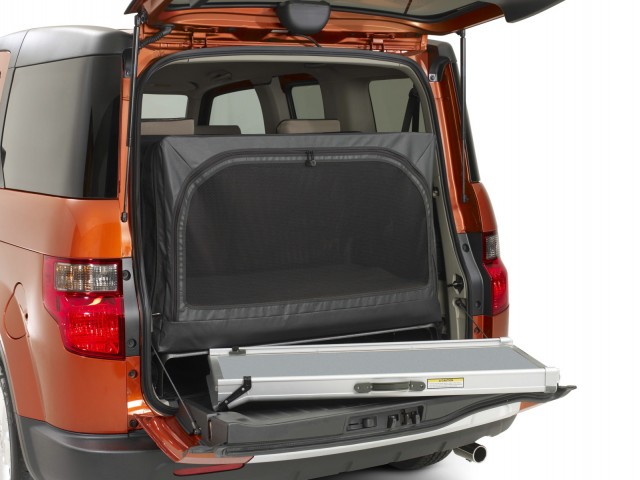 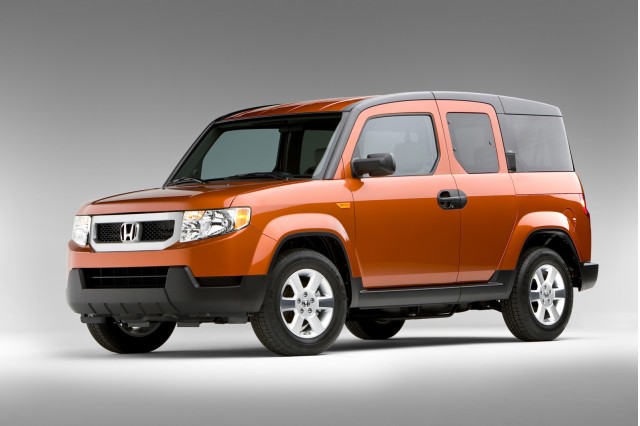 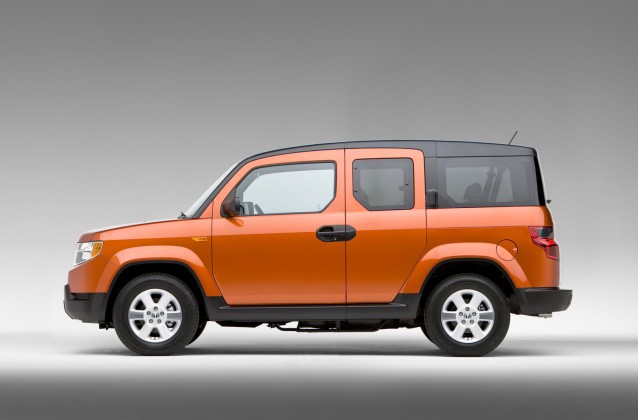 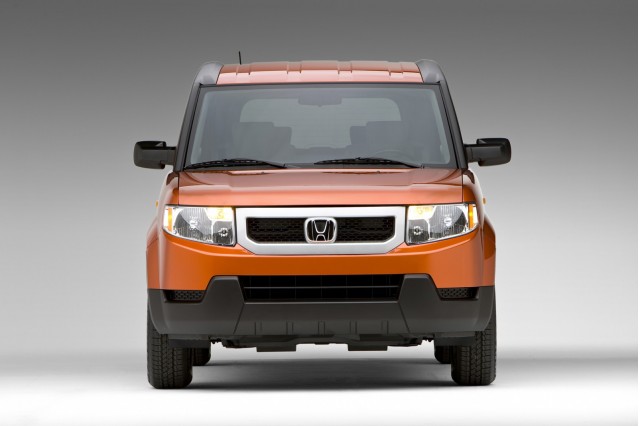 Thanks to its easy-clean cargo floor and tall, versatile layout, the Honda Element has been a longtime favorite for dog owners. Yet the number of official pet-friendly accessories for the Element, along with most other popular dog-haulers, has been surprisingly limited, leaving families to search for aftermarket solutions—or simply improvise.

Finally, Honda is taking full advantage of the Honda Element's…ehem…pawtential for 2010, with a so-called Dog Friendly pet accommodation system.

The centerpiece of the new Dog Friendly Element is a soft-sided car kennel designed by automotive safety supplier Takata and made of seatbelt-grade vinyl webbing. A cushioned pet bed sits on an elevated platform, while an extendable ramp stores under the platform, assisting entry and exit. For Fido's comfort there's a 12V accessory ventilation fan up near the platform. And it's all coordinated for the owners: second-row seat covers match the bed; all occupants get toy-bone-pattern all-season rubber floor mats; and there are small emblems on the driver's side and in back.

The Dog Friendly package was originally shown earlier this year at the New York Auto Show. At a price of $995, the package is set to become available in the Element beginning November 16.

After receiving a refreshed design for 2009, the Element returns for 2010 with few other changes. The 2010 Element remains offered in base LX, better equipped EX, and sporty SC models, though the pet package is only offered in EX models.

Also available on the EX model is a navigation system and rear backup camera, including a USB interface and memory-card reader.

Across the model line, power is provided by a 2.4-liter four-cylinder engine and five-speed automatic transmission, with front-wheel drive or Honda's Real Time 4WD system. EPA fuel economy ratings stand at 20 mpg city, 25 highway with front-wheel drive. Perhaps the other most noteworthy point is that the five-speed manual transmission previously offered has quietly been swept from the lineup.

In TheCarConnection.com's Bottom Line on the 2009 model, we point to the Element's carlike driving demeanor, versatile interior, and cargo capacity, and say that it's a lot of vehicle for the money. Read the review for the rest of the story, and be sure to check our overview page on the 2010 Honda Element for specs, prices, image galleries and, soon, an updated full review.