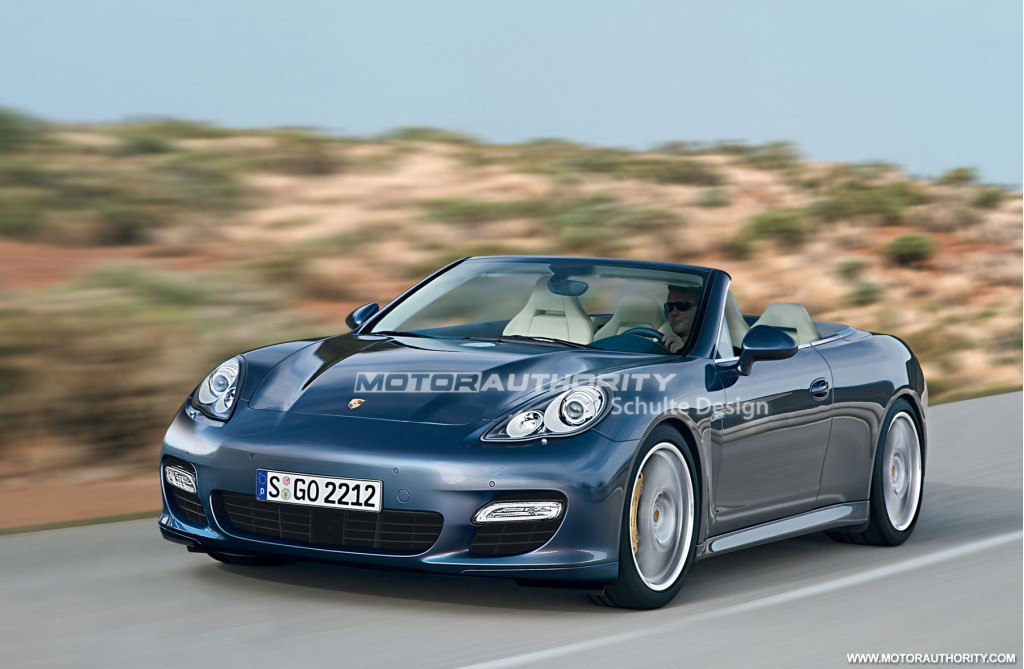 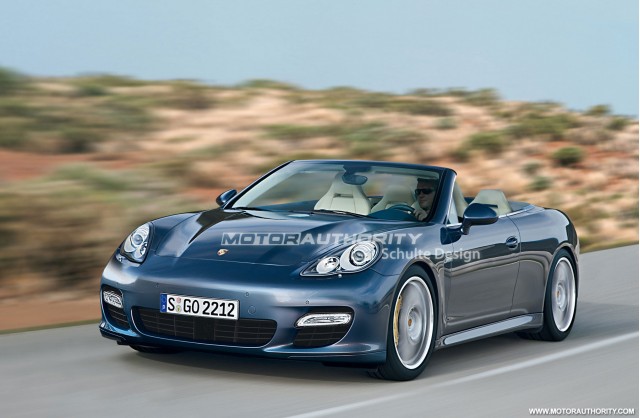 Porsche's new overlords may be planning to let the new Panamera die a slow and painful death -- but not, apparently, before wringing every possible variant from the controversial model. Porsche insiders have confirmed previous rumors that the company is developing a convertible version of the Panamera, and of course, it'll come at a premium price.

Speculation about a Panamera drop-top began in May, when Porsche's R&D chief, Wolfgang Dürheimer, plainly stated that a convertible was already in the works. Dürheimer went on to reveal that the new model would lose two doors in the conversion process, thereby increasing body strength and compensating for the weight of the convertible's retractable roof system. He also said that the 2+2 model would feature a soft-top, in keeping with Porsche's designs for the other convertibles in its lineup.

Porsche hasn't officially confirmed Dürheimer's statements (the rendering above is pure speculation), but insiders have said that the convertible Panamera is well into the development cycle, and that once it reaches showrooms, it'll run about €11,000 ($16,225) more than the sedan, which is priced at €94,575 ($139,500) in Germany. Like its big brother, the cabriolet is expected to be a front-engined, rear-wheel-drive model.

Obviously, there's no launch date for the convertible as of yet. However, if there's any truth to rumors that the VW Group is planning to phase out the Panamera by the end of its initial seven-year product cycle, then it seems reasonable to assume the convertible will arrive sometime within the next two years (three at the outside).

As for the wisdom of launching a cabriolet variant of the Panamera, Porsche seems to think it fits their traditional business model to a tee. Said Dürheimer back in May: "We have a broad range of 14 derivatives of the 911 that are very successful.... So it stands to reason we should diversify the lineup for the Panamera as well." On the other hand, if the rationale behind killing off the Panamera has to do with its potential to water down (and ugly up) the Porsche brand, adding more Panamera to the company's lineup would seem to run counter to Porsche's long-term interests.