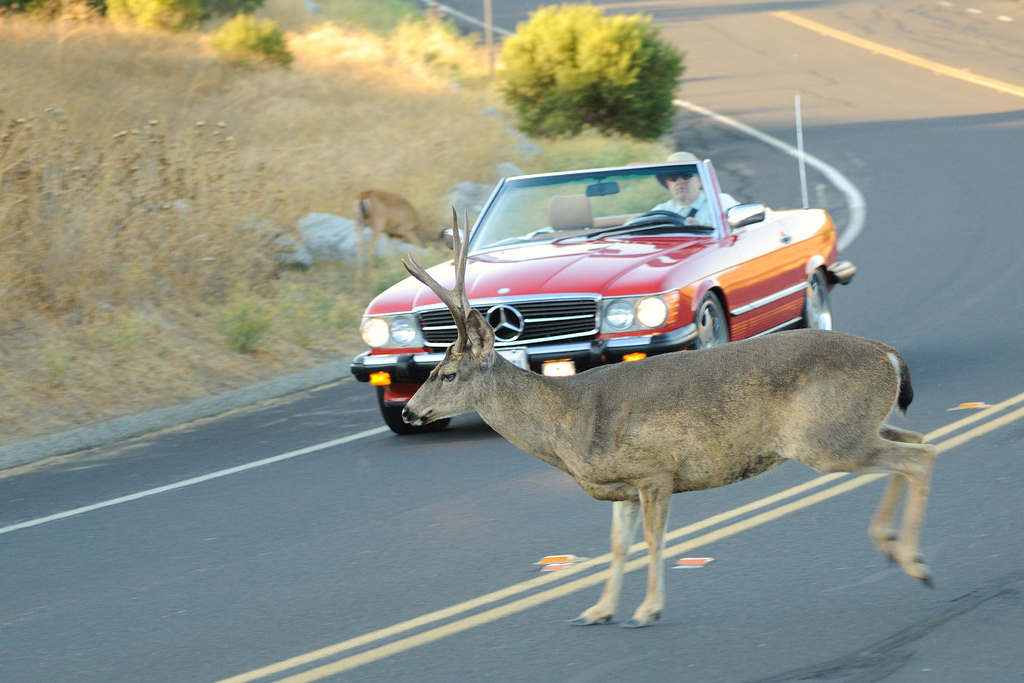 It's deer season. Whether or not you knew that, or even care, you should consider that this is the time of the year when—as the weather changes, hunters are chasing whitetail, and deer are, um, mating—your chances of hitting one of these animals is much higher.

Typically, more than half of all vehicle-deer crashes annually occur in October through December.

Even as most new vehicles include confident anti-lock braking and electronic stability control and some models even offer collision warning systems, collisions with deer continue to rise. Blame expanding suburbs and exurbs, which continue to displace animals from their natural habitats, along with overpopulation in some areas.

According to new information from the insurer State Farm, the overall number of deer-car collisions in the U.S. has grown by more than 18 percent over the past five years—as the number of vehicles on U.S. roadways has grown by seven percent.

New Jersey and Nebraska have shown the biggest increase in car-deer collisions, at 54 percent over five years. During that same time Kansas has had a 41-percent surge in collisions and Florida, Mississippi, and Arkansas were all up 38 percent.

West Virginia is again the riskiest for car-deer collisions, with a 1 in 39 chance of a WV vehicle striking a deer over the course of the year. Michigan is second in likelihood of deer collisions, while Pennsylvania, Iowa, and Montana rounded out the top five.

It digs deep, too, at a time when everyone's trying to pinch pennies. The cost of car-deer collisions has nearly doubled in cost over the past ten years, now up to $3,050 per incident, according to State Farm, and according to the Insurance Institute for Highway Safety more than 150 fatalities each year are caused by vehicle-deer collisions.

The Michigan Deer Crash Coalition (MDCC) says that vehicle deer crashes account for about $130 million in damages annually, with 167 crashes annually in that state alone.

With that in mind, here are some tips on how to minimize the chances of hitting deer—or other animals—on the highway: