Audi A3 TDI Earns Over 78mpg On Euro Road Test 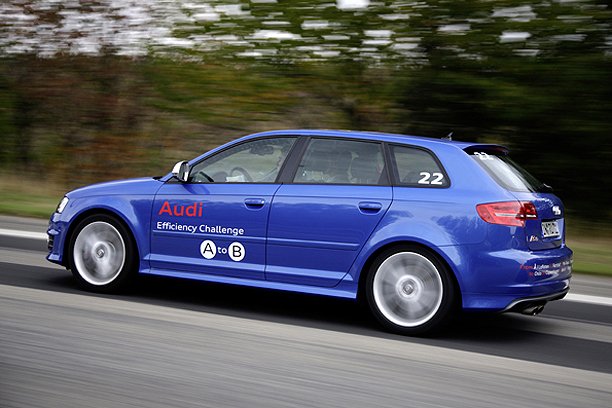 As Marty Padgett announced earlier this month, the 2010 Audi A3 TDI is slated to arrive in North America this November with a sticker price of $30,775. That's a fairly high sum for a fairly small car, but on this month's cross-European "Efficiency Challenge A to B", the diesel A3 has earned upwards of 94 mpg UK, which translates to a whopping 78.4 mpg US. Granted, the drivers have been hypermiling, and the engine in the test car is a 1.6-liter, not the 2.0-liter announced for America. Still, 78.4 mpg is nearly twice the A3's stated fuel efficiency of 42 mpg US, which is nothing to sneer at -- and it may make that sticker price easier to swallow. [AutocarUK]