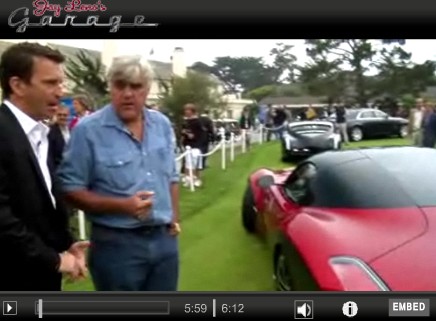 As anyone who's visited Jay Leno's Garage can attest, Jay really knows what he's talking about when it comes to cars, and he's got a gift for sharing that knowledge and enthusiasm with viewers. Case in point: Jay's video walkaround of the Devon Motor Works GTX at last month's Pebble Beach Concours d’Elegance . The Devon spokesman is doing his salesman thing, saying that the car is meant to "bring sexy back" (yeah, that's current). Meanwhile, Jay takes the dude to task for stashing golf clubs in the trunk. Brilliant. Check out the clip after the jump.