Hyundai To Launch i10 Electric Vehicle In 2010 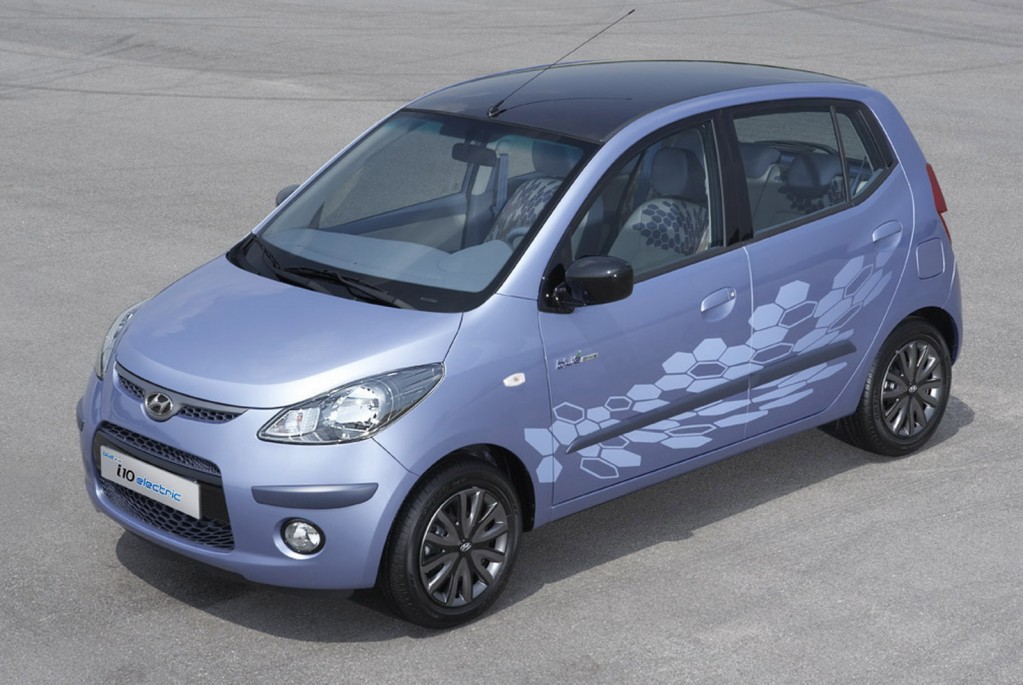 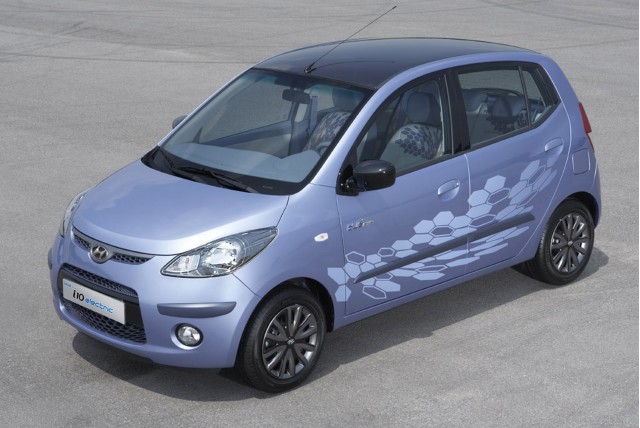 As our own Viknesh Vijayenthiran mentioned on Friday, Hyundai has announced that it will launch a mass-market electric vehicle in the second half of 2010. The vehicle will be a modified version of the existing Hyundai i10 minicar and will appear first in the company's home country of South Korea. A prototype is expected to debut at the Frankfurt Motor Show next week.

The Hyundai i10 EV will be powered by a 16 kWh lithium-ion battery (courtesy of LG) feeding a 49 kWh/65 hp electric motor. The hatchback's range should clock in at a respectable 100 miles, and its top speed will be around 80 mph.

Perhaps the most interesting fact about the Hyundai i10 EV is its ability to handle two charging cycles: the standard 220 V found in many households around the globe, and a significantly stronger, more industrial 415 V current. Not surprisingly, the 415 V offers a much faster re-charge: on the 220 V plug,  a full charge of the battery will take about five hours, but on the 415 V, the battery can hit 85% of capacity in 15 minutes. That's pretty exciting -- though until the 415 V infrastructure improves, it does nothing to alleviate consumers' range anxiety.