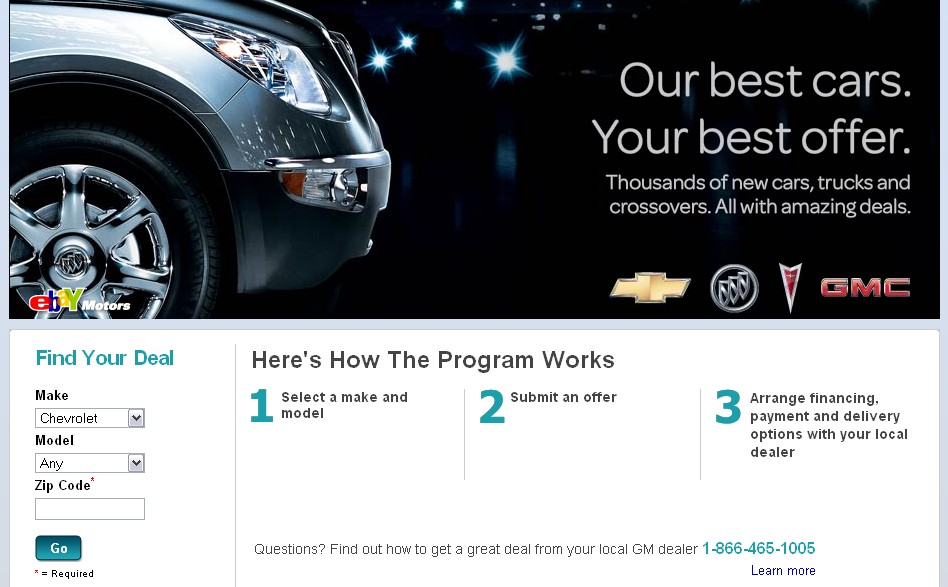 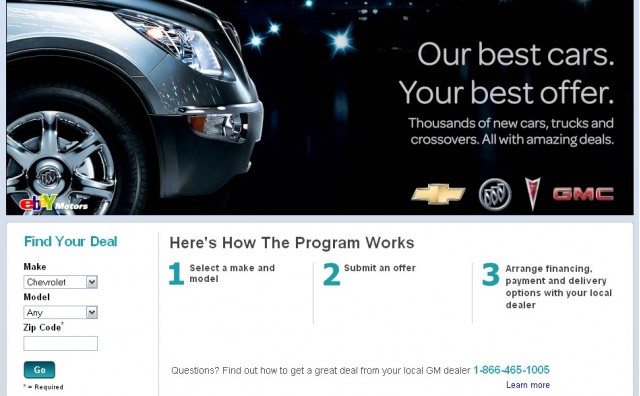 When General Motors emerged from bankruptcy on July 10, the company's newly reinstalled PR man, Bob Lutz,  made several important announcements. Among them: GM had begun partnership with eBay, which would offer customers the opportunity to bid on and purchase vehicles through the popular auction website. That intrigued many buyers and many in the industry -- the only problem being that eBay said the arrangement wasn't a done deal.

By August 11, however, the two companies had dotted Is, crossed Ts, and put up 16,000 GM vehicles for sale on eBay -- of which roughly 50 sold. We're not sure how things have gone since then, but Automotive News took the liberty of perusing 3,000 GM listings on eBay, all of which had an end-date of September 1, and none had been sold.

Still, General Motors insists that the pilot program has been successful and has generated increased awareness of GM products. And that's likely true. (Based on our own meanderings through eBay Motors, we're guessing that the program's major shortcoming might be that the subdomain -- GM.eBay.com -- is slightly hard to find.) The company has said that roughly 4,000 eBay shoppers "entered into negotiations -- either online, over the phone or in person -- to buy a vehicle." There's no word on how many of those negotiations resulted in sales.

GM's vice president of U.S. sales, Mark LaNeve, says that "The numbers on eBay itself aren't significant, but we didn't think it would be." Unfortunately, that's the classic "Yeah, we meant to do that" explanation for poor performance that never convinces anyone. However, General Motors has opted to extend the program from its original end date of September 8 to September 30 -- so perhaps the company has reason to believe that its partnership with eBay could bear fruit in the future.