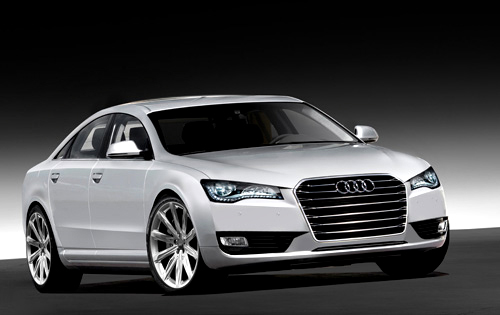 Audi is in the midst of a transformation--according to company executives, it's the right moment in history for the brand to push through brand prejudices in the U.S. and to find a place alongside Lexus, BMW and Mercedes-Benz.

Change has already come to Audi for the 2010 model year: this week, Audi took High Gear Media for first drives in the R8 V-10 supercar, the S5 Cabriolet and the S4 sport sedan. The real action starts next year, however, as Audi unveils a replacement for its large A8 luxury sedan, shows the production version of its A7 four-door coupe, and polishes off development on a new A6 range.

First comes the Audi A8. Speculation had put the world debut for the new aluminum space-frame sedan sometime this fall, but it's now certain that the A8 will make its world debut at the 2010 Detroit auto show. The new A8 will emerge from its redesign with a trimmer, far more stylish body than today's car; the rendering above is based on spy shots from High Gear Media's network, and from teasers issued by Audi. The new A8 will be “the first of a new styling language at Audi,” executives say. All-wheel drive will be teamed with dual-clutch transmissions and a range of diesel, turbocharged V-6, V-8 and possibly hybrid V-8 engines. 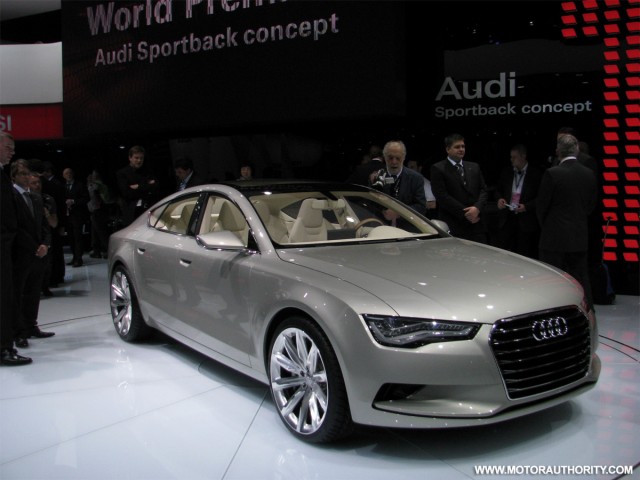 Next in Audi's busy year will be the production version of the A7 concept, shown earlier this year in Detroit and expected at the 2010 Geneva Motor Show. The new vehicle is a four-door coupe based on the A8 architecture, and will share its aluminum space frame. The same powertrains from the A8 should cross over into the A7, while an S7 version may sport a V-10 derived from the Lamborghini portfolio.

Last up could be a new A6 sedan, making its bow late in 2010 as the third sedan to arrive from Audi in the year. Few details on the new A6 have emerged, but German publications have reported the new car is related structurally to the larger A8 and A7. The A6 will be built in a different assembly plant, so it's likely that it will remain a steel-bodied car--though like other Audis it will feature extensive use of aluminum. A full range of four-, six- and eight-cylinder engines will appear with the new A6, as well as diesels. Quattro all-wheel drive and dual-clutch gearboxes will be offered. It's possible the 2012 Audi A6 could make its first appearance at the 2010 Paris Auto Show, though there's no official confirmation that the new model is even in the works.