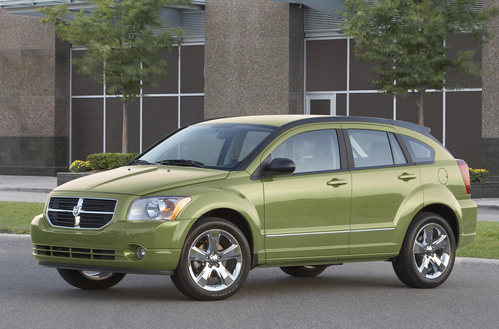 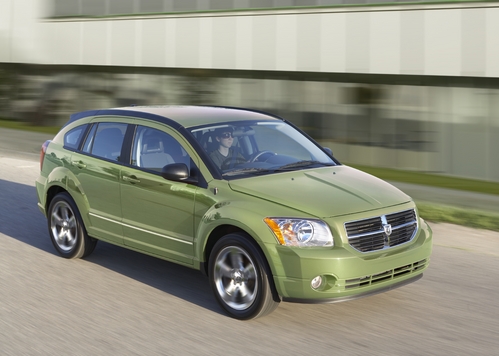 For 2010, Chrysler has slimmed down the choices on its Dodge Caliber hatchback and spiffed up the interior, to make the car more competitive with the best of its class. It now offers just two engines and two transmissions, slightly improving the gas mileage.

We've never rated the Caliber particularly high among compact cars, due to its below-par fuel efficiency and a grim, dismal, hard-plastic interior. The revised 2010 Dodge Caliber addresses both those complaints.

Compact competitors do better. On the high end, with a powerful 2.5-liter five and a 6-speed automatic, the 2010 Volkswagen Golf racks up 23 mpg city / 30 mpg highway. More in line with the Caliber's price class, the 2010 Hyundai Elantra ekes out an impressive 26 mpg city / 34 mpg highway from its 2.0-liter four and conventional four-speed automatic transmission.

Gone from the range altogether is the hot-rod SRT4 model. That 285-hp "hot hatch" added a turbocharger and a six-speed manual, both of which are now completely gone from the 2010 Dodge Caliber lineup. So is the all-wheel-drive option.

The sole pretext at sportiness is the high-end R/T trim package, which adds little more than 18-inch chrome wheels to the standard 2.4-liter engine and five-speed manual transmission, in front-wheel-drive form only.

In previous model years, we said that 2.4-liter was a "noisy engine that nonetheless delivers marginal performance." We also slammed the "hard, nasty, ugly plastics inside."

We can't speak to the performance until we do a full road test, but the instrument panel, console, central storage bin and armrest, and other elements have been entirely redesigned. The re-do includes soft-touch materials, "bright accents" throughout the interior, and cup-holders illuminated by LED lighting.

We look forward to driving the revised 2010 Dodge Caliber, so we can see whether it's gotten closer to the best in its class. It needs to hold on for at least another year or two, until Chrysler's new owner Fiat can launch entirely new models for 2012 and thereafter.