Connect with our dealer and finance partners through our site and ask for details regarding their at-home car buying services.
OK
HomeNews2011 Scion iQ

Scion To Energize Its Lineup In The 2011 Model Year 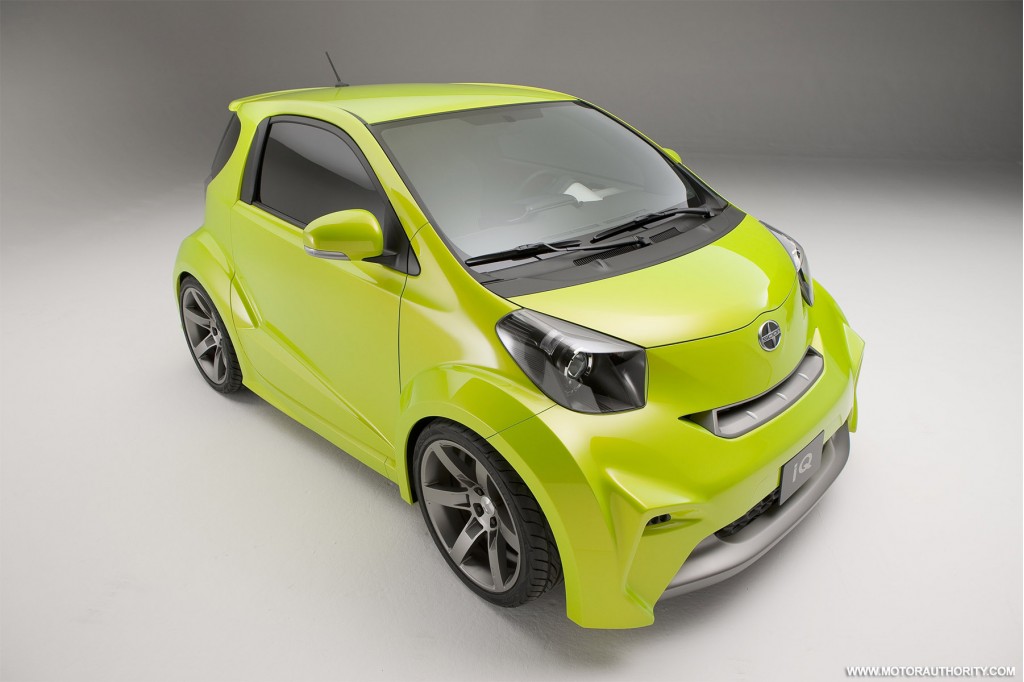 2009 has been a dismal year for automakers, but Scion has taken an especially rough hit, with sales down by nearly 58% compared to last year. That's blamed largely on Scion's lineup, which many in the industry feel has stagnated -- ironic, given that when the brand launched just seven years ago, it was lauded for its fresh design and its ability to spark the imagination of young (and youthful) buyers.

Fortunately, Yoshi Inaba, CEO of Toyota Motor Sales U.S.A., says that the Scion product line will see substantial changes in the 2011 model year. Most notable is the introduction of the 2011 Scion iQ. Though barely a year old, the iQ -- badged elsewhere as a Toyota -- has already sparked significant interest among consumers and automakers, including Aston Martin, BMW, and even within Toyota itself. The iQ falls pretty squarely in the citycar category, with seating for three adults and a child, no trunk space, and an estimated 60 mpg.

A new Scion sportscar is also in the works (although it doesn't appear that it'll arrive in the U.S. before 2013). The rear-wheel-drive model could be badged as a Toyota, although it is just as likely to be a Scion. This may be the much-discussed "Toyobaru", successor to the Toyota Celica and, not surprisingly, the result of a collaboration between Toyota and Subaru. In the meantime, the Scion tC coupe is likely to get a fairly major overhaul for the 2011 model year -- though the changes will likely be cosmetic, not under the hood. Whether the tC will stick around after the Toyobaru arrives in showrooms remains to be seen, since the tC was initially seen as the next-gen Celica.

Two models not scheduled for a refresh in 2011 are the Scion xB and the xD. That's particularly problematic for the boxy xB, which has seen stiff competition from the Kia Soul, the Nissan Cube, and other small, squared-off people-haulers popular with Millenials. However, Inaba says that Scion will launch a handful of limited-edition xB models to help improve sales among enthusiasts.

Rumor also has it that Toyota's hybrid A-BAT concept pickup could join the Scion line, athough the company has officially stated that the model has been mothballed for a while.