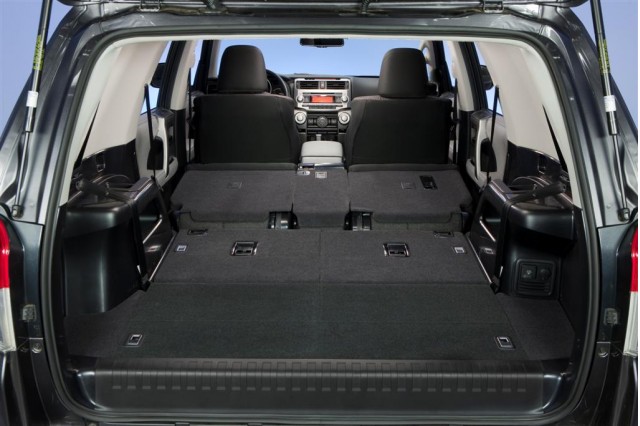 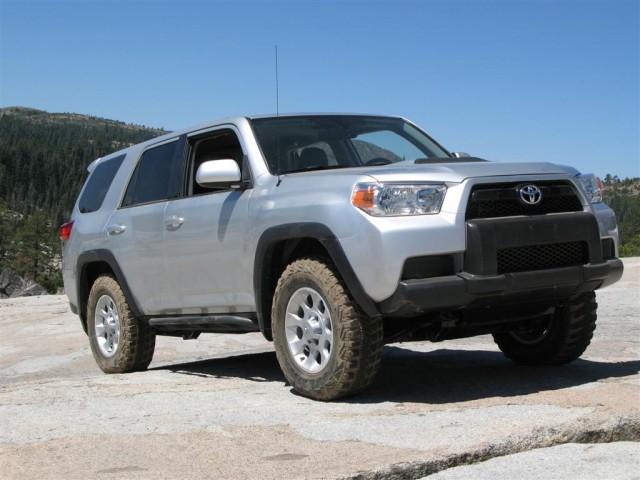 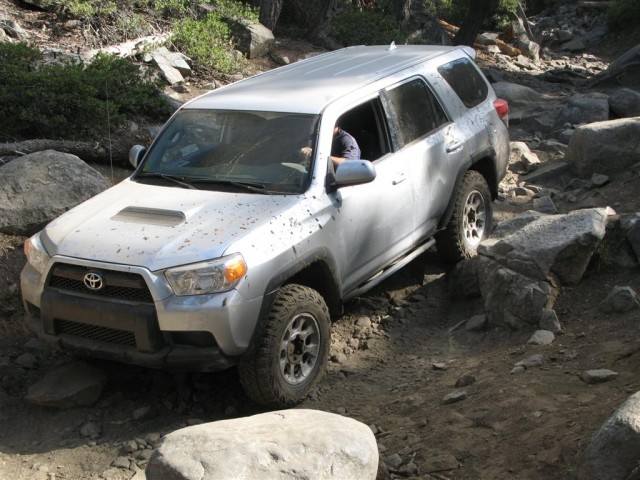 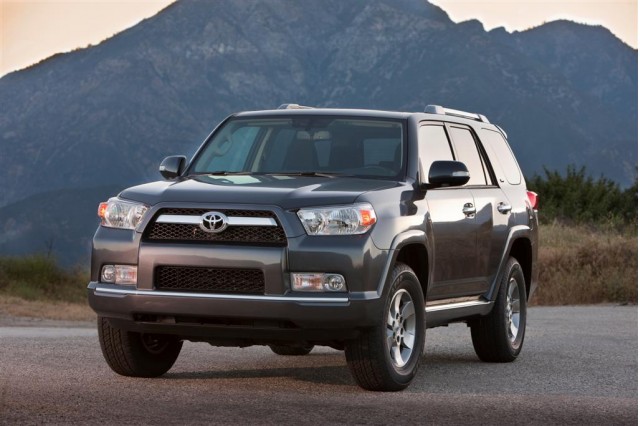 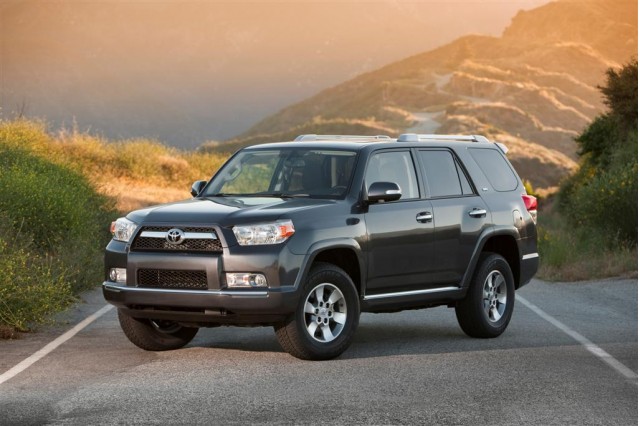 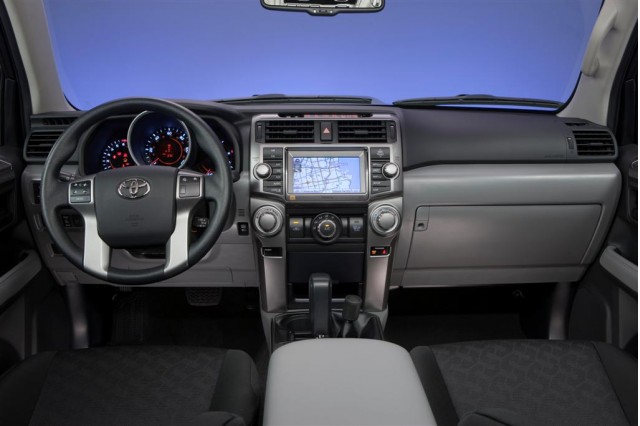 The 2010 Toyota 4Runner has just made its debut at the Texas State Fair, and as expected, in many ways it's a throwback to the original 4Runner, bucking the trend of increasingly civilized paved-road crossovers for a rough-and-ready all-terrain feature set.

That's not to say it's not still as friendly on the road as any Toyota; ever since the original hit the roads in 1984, the 4Runner has been as much about comfort as it is about capability. But unlike some of the mid-sized SUV competition, Toyota has adhered to the 4Runner's off-road roots as well, sharing the same body-on-frame platform as the FJ Cruiser and growing both longer and wider than the current 4Runner.

Gone is the option of a big V-8 engine, but nothing is really lost with a new 4.0-liter V-6 engine providing 270 horsepower and 278 pound-feet of torque, up 34 horsepower from the previous V-6 and even 10 horsepower more than the previous V-8. Toyota has done its best to balance power and efficiency in this engine, leveraging Variable Valve Timing with intelligence (VVT-i) to help deliver low-end grunt and cruising efficiency.

For those that want slightly more efficiency and don't need the towing power of the V-6, a 157-horsepower, 2.7-liter four-cylinder is also available, rated at 18 mpg city and 23 mpg highway. The four-cylinder is only available with a four-speed automatic transmission.

A wide range of two-wheel-drive and part-time and full-time four-wheel-drive powertrain options are available, with the 4Runner Limited topping the off-road range with full-time four-wheel drive, a locking center differential and a three-mode console-mounted switch. To help increase off-road grip, all 4x4 models get a standard A-TRAC force distribution system, ensuring any one wheels with grip gets the power. A Crawl Control system is also standard on Trail grade models, which helps keep vehicle speed low for navigating particularly tricky or steep terrain.

Exterior styling is another major change for the 2010 Toyota 4Runner, with a new wider, more rugged fender and bumper design accenting new headlights and taillights that improve nighttime visibility. Seventeen-inch aluminum alloy wheels are standard on SR5 and Trail models, with 20-inch wheels standard on the Limited, with all models getting a full-size spare.

It's not all about getting over big rocks or down to the hardware story, however. The 2010 4Runner also offers a lot of entertainment features, including a standard five-speaker (Trail) or eight-speaker (SR5) CD stereo system with XM satellite radio capability. A premium 15-speaker JBL audio system is available, and adds Bluetooth, iPod and MP3 control. When it's time to tailgate before the big game, the 4Runner's premium JBL sound system even has a "party mode" that biases output to the rear of the vehicle and cranks up the bass.

Safety is a big concern with the new 4Runner as well, and all models get the Star Safety System, which is Toyota's name for a slate of electronic aids including stability control (VSC), traction control, electronic brake-force distribution (EBD), brake assist and ABS. Passive safety features include eight standard airbags for front, side and knee airbags in the front row, and side curtain bags for the second and third rows.

Toyota's foray into the telematics field with Safety Connect also makes its way into the 2010 4Runner, and is available both with and without the optional navigation system. Safety Connect offers: Automatic Collision Notification, Stolen Vehicle Location, Emergency Assistance Button and Roadside Assistance. Though it's a subscription-based service, a one-year trial subscription is included with the purchase price of equipped vehicles.

The 2010 model of the 4Runner has some big shoes to fill, with the 2009 model currently nominated for the 2010 North American Car and Truck of the Year award. For more on the 2009 model, check out our Full Review or for a quick-shot analysis, read the Bottom Line.

For more on the 2010 North American Car and Truck of the Year awards, including our own Executive Editor Marty Padgett's role as a juror, check out our story on the 2010 NACOTY nominees.