Google Maps Your Commute, Takes To The Side Streets 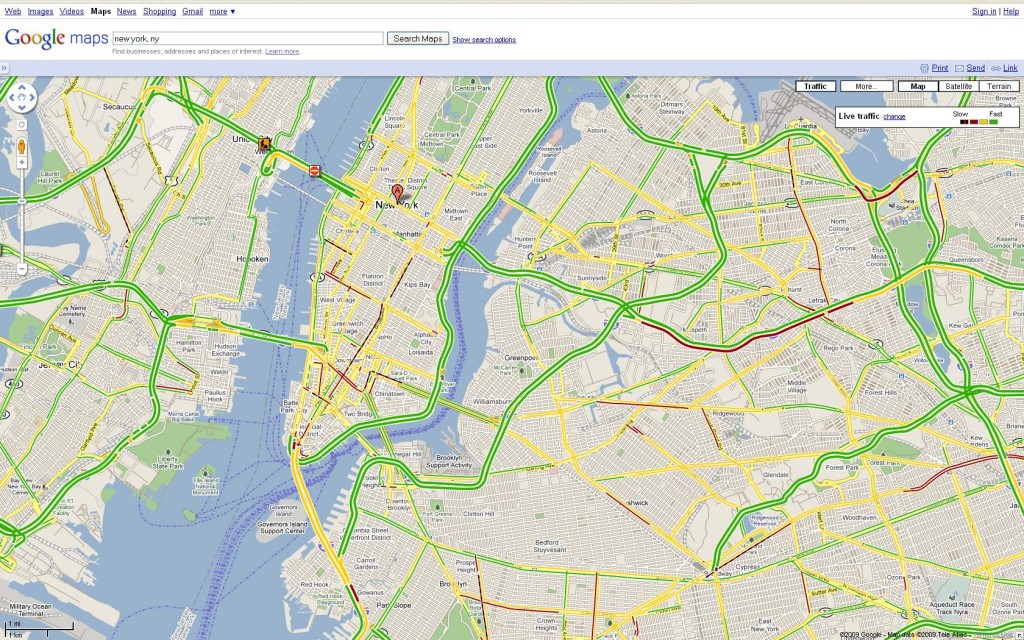 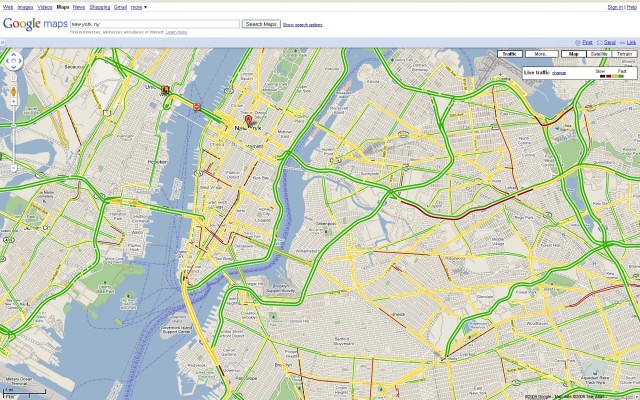 Google this week took one more step toward data domination—this one bolstering its Google Maps traffic data—and it could eventually have far-reaching consequences for the availability and price of traffic information for navigation systems.

Step up to a navigation system on a new car, and it's increasingly likely as we move into the 2010 model year that you'll be able to get traffic information, provided by satellite radio carriers XM and Sirius, as an extra.

The service is called XM NavTraffic or Sirius Traffic and offered for a monthly fee of $3.99 a month for XM satellite radio subscribers or $9.95 a month as a standalone with either carrier.

For those who have nav systems capable of displaying live data—select vehicles from the past three years—it's a really useful feature, allowing color-coded maps illustrating traffic flow and highlighting traffic incidents and construction.

Just as these services look poised to take off on a large scale—and Sirius XM looks poised to benefit from this along with other new in-car data services, like Ford's Travel Link—leave it to Google to shake up their business model a little bit.

While Google Maps has long featured traffic data on major highways and Interstates (from monitoring companies), Google has just added traffic-flow data for surface streets, back roads, and even some neighborhood streets. You can also use Google Maps' predictive feature, based on past conditions, to anticipate what traffic will be like at any given hour in the future.

The new service should be a boon to those who have commutes on surface streets, city streets, and suburban boulevards. And from a cursory look, it appears that Google Maps already features traffic data for many more streets than the big-name subscription services. 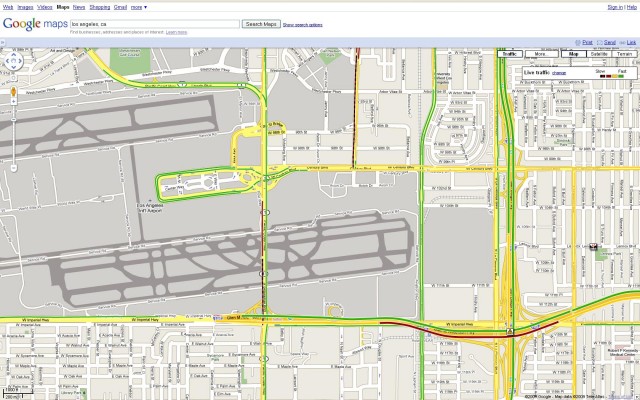 Of course, the sample set might be very limited. Why? Well, here's where it gets a little ingenious…and perhaps sneaky. In order to gather that much data, Google looks to Google Maps users, with phones and mobile devices that are GPS enabled, to contribute that data. It's automatic, and anonymous of course, though the user can opt out. And although iPhoners can't contribute yet, they can definitely tap into the data. Google says that several phones, including the Palm Pre, now come with Google Maps pre-installed.

It likely won't be long before Google Maps' traffic data is incorporated as part of directions and in-car nav systems. We noticed though that the directions feature in Google Maps doesn't add extra time for driving in gridlock…yet. That, by the way, is something that certain nav systems will do with their live traffic data. 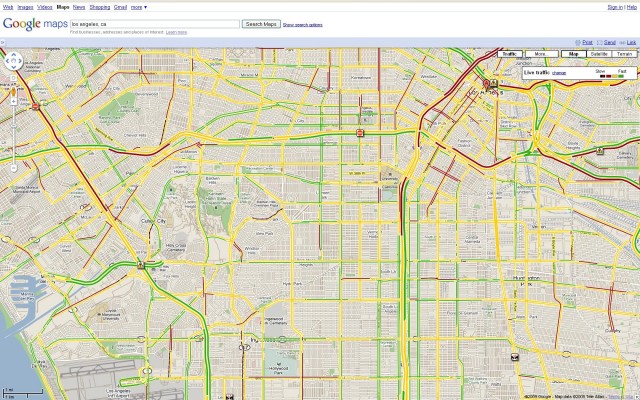 So if you really want to save some money, consider dropping that traffic subscription and have your commute buddy do his or her part by refreshing Google Maps a few times on the way home.

Oh, and if you have a favorite back road or empty shortcut that saves a lot of time, don't forget to turn the phone off. They're on to you.