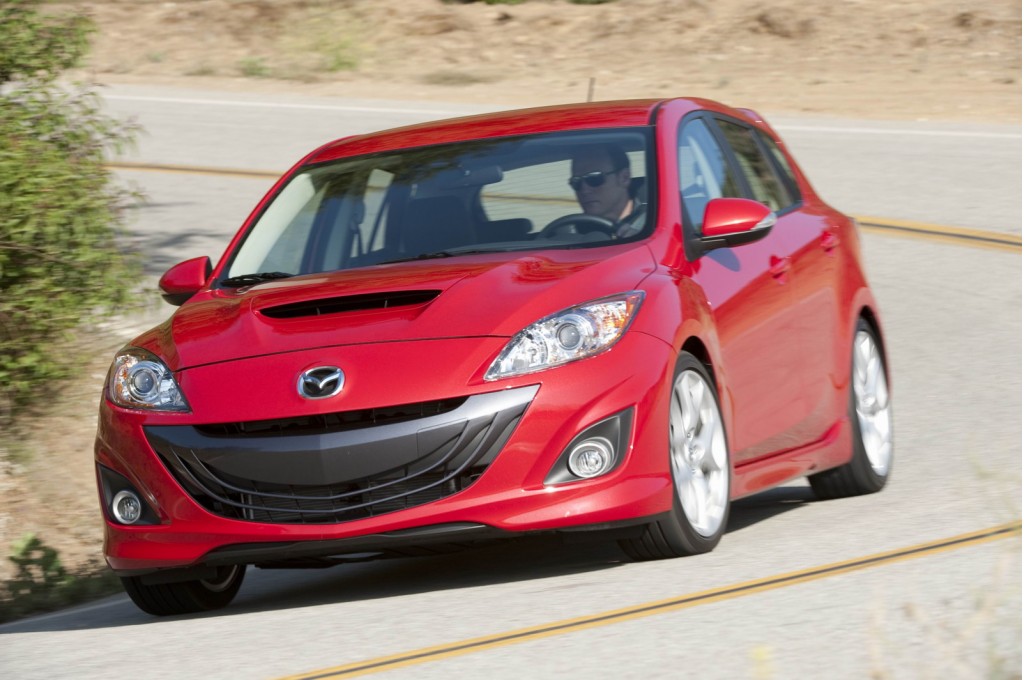 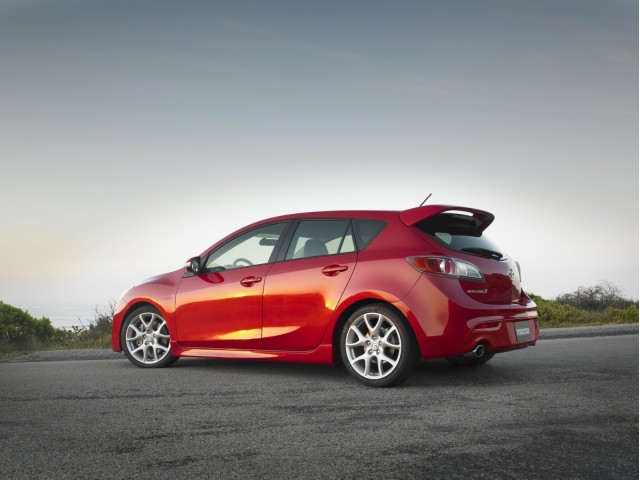 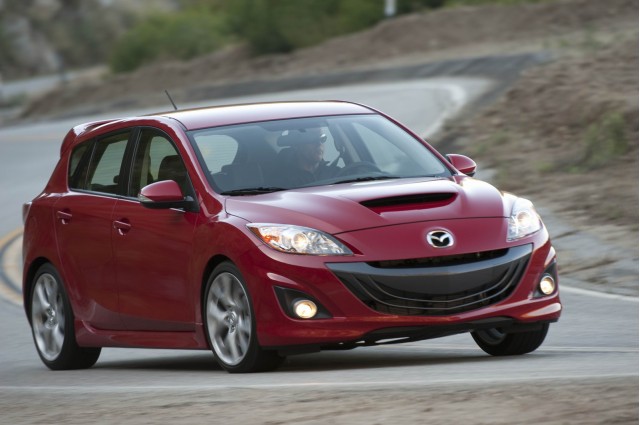 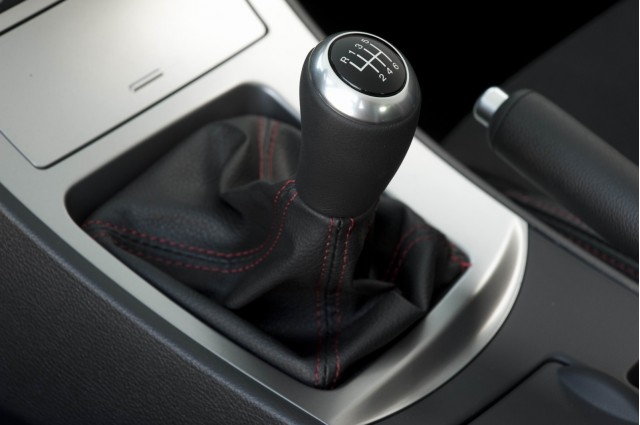 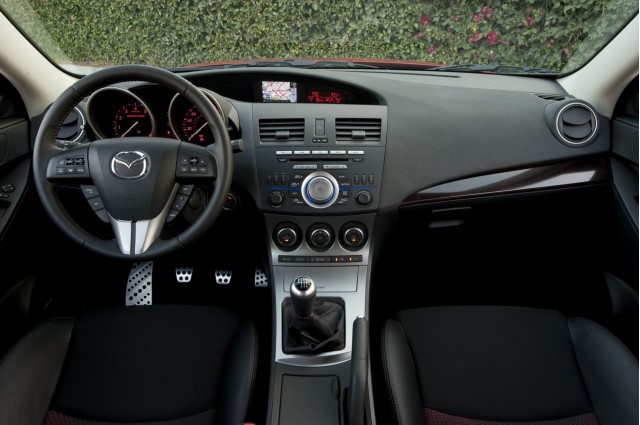 When an automaker says that they’re bringing out a different U.S. or North American version of a vehicle, it’s usually a sign that it’ll be softer-riding and just not as much fun to drive. But according to Mazda, the U.S. doesn’t get the short end of the deal with the MazdaSpeed3; the North American market 2010 Speed3 has the most aggressive setup overall, with an edgier feel overall, a more boisterous sound, and a firmer suspension calibration.

Earlier in the week we had driven the 2010 MazdaSpeed3 on some tight, up-and-down canyon backroads and reported that this new hot hatch is a joy to drive, even when the surfaces are far less than ideal. The limited-slip front differential makes sure that the inside wheel always stays composed out of corners, and the sticky Dunlop SP Sport tires provide tremendous grip while there aren't any disconcerting body motions. However on power, emerging from a tight corner on rough pavement in the lower gears, the steering feedback from the electro-mechanical system—and the overall feel of the car—can be a little harsh and unpredictable.

In high-powered front-wheel-drive cars, torque steer—the tendency to pull to one direction or the other at low speed or out of corners—is a given. Engineers know that there's some torque steer in the MazdaSpeed3 and admit that they could have dialed out more of it with the model's electronic torque management system—which effectively puts a cap on torque in first through third gears—and the electro-hydraulic power steering. In fact they did that with the Japanese-market version. But for the U.S., the Speed3 is intended to be a vehicle with a brash, almost rowdy feel, and they didn't want to dial out all of and in the process dull its powertrain response and steering feel.

A stiffer suspension calibration on the 2010 MazdaSpeed3, compared to the 2009, helps keep it settled despite the torque steer. What's unexpected here—and runs opposite conventional wisdom—is that the MazdaSpeed3 doesn't ride any harder. And factoring in the noise and vibration improvements across the 2010 Mazda3 line, the new MazdaSpeed3 still has a quieter cabin. Mazda said that that they gave some serious MazdaSpeed3 enthusiasts an advance drive with the new one, and after the drive every one of them thought that the new car was more settled and less jarring. Another curious and counterintuitive fact about the new MazdaSpeed3 is that it has wider gear ratios than before; and that makes it faster in some respects. Since torque and power are coming on strong by 3,500 rpm but torque drops off above 6,000 rpm, the respective upper gears then give a larger, usable portion of the rev band after an upshift.

After some hot-lap time with the 2010 MazdaSpeed3 at the very track where it was tuned, it became clear how well the entire package comes together on high-speed sweepers. The Speed3 tends to understeer in all cases of course, but it can be moderated with the throttle and there are certainly no surprises if you back off the throttle mid-slide. The Dynamic Stability Control system is very lenient in allowing a good deal of slip and gentle intervention. The ridiculously wide torque plateau that you're on top of nearly all the time means that you won't have any moments when sloppy driving and scrubbed-off speed will leave you lugging. The only issue we noticed is that the brakes can cook with heavy track use or fade a bit from triple-digit speeds.

Overall though, the Speed3 has a tough, durable feel that not all tuner-style cars have. Especially at the under-$25k level.

Will we get an even more dialed-up one, or one in which torque steer isn't an issue? Mazda officials said that a more powerful all-wheel-drive version of the MazdaSpeed3 just isn't in the works. Sticking with front-wheel drive and an engine that can go in other vehicles helps keep costs down, and as the automaker learned with its previous RX-7, technological advancements and costly engineering can push up prices and punt a sports car out of financial reach of its intended audience—in this case, overwhelmingly, 30-something men.

With no big surprises from the track and the excellent price point, our advice holds: For those who want a lot of performance on a budget, with enough refinement for the commute, the 2010 MazdaSpeed3 is a great choice.

High Gear Media attended a manufacturer-sponsored event, to which selected members of the press were invited, to facilitate this report.