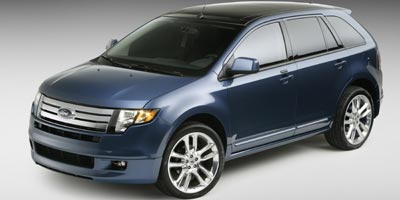 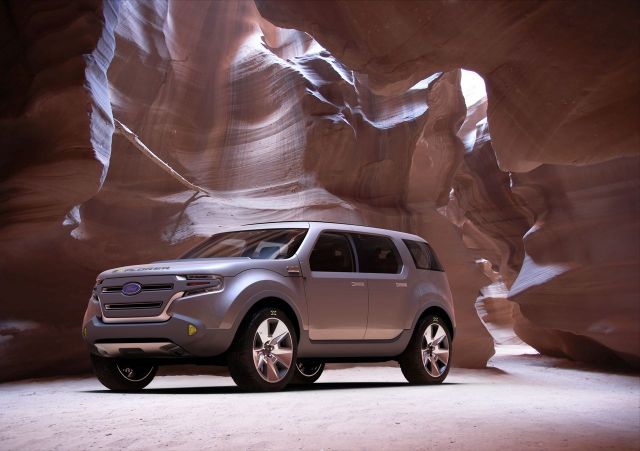 There's a 2011 Ford Explorer in the pipeline for America's largest independent automaker. Does that mean the Ford Edge is edging toward history?

Not according to Ford. A spokesman confirms to TheCarConnection that the 2011 Ford Explorer due next year will be joined by a revamped Ford Edge not too long after the first car-based Explorer begins to roll off assembly lines.

Ford will have a foursome of car-based crossovers at that point, and it's necessary. The compact Escape is a class smaller than the Edge and the new Explorer--and the buyer profiles that the Explorer and the Edge bring to Ford showrooms are quite different.

Though the next Explorer will be based on a car architecture--the same underpinnings as the new Ford Taurus seem a likely donor--it will have the image and the equipment to give it a more rugged profile and performance envelope than the softer Edge, Ford explains. It's also likely to sport seven-passenger seating, like the larger Flex crossover, while the Edge seats five.

As for mechanicals, Ford says only that the new Explorer will get some of its powertrain direction from the Explorer America concept displayed at the 2008 Detroit auto show. That concept used a turbocharged 2.0-liter in-line four with a stated 275 horsepower and 280 pound-feet of torque, as much as a typical SUV V-6. The upscale engine, Ford suggested in 2008, would be a 3.5-liter EcoBoost V-6 with 340 hp and 350 lb-ft of torque.

Styling could differ from the concept more widely than the powertrains, but the new Explorer will use other mileage-minded technologies such as electric power steering to save more fuel--30 percent more than today's Explorer, Ford said in 2008.

Today's truck-based Explorer goes out of production in 2010 in Louisville, Kentucky; it will shift production to an undisclosed location, possibly alongside the Edge in Oakville, Ontario. That leaves the Kentucky plant open to build some of Ford's new small cars hitting the U.S. in waves over the next two years, a move confirmed by the car company.

As for the Ford Edge, a possible refresh for the 2012 model year could be in the works. The 2009 Edge rates 8.2 out of 10 here at TheCarConnection.com, thanks to comfortable seats and ride quality, a perky powertrain, and tech features like SYNC voice controls. A mild styling refresh is expected, without major mechanical changes.