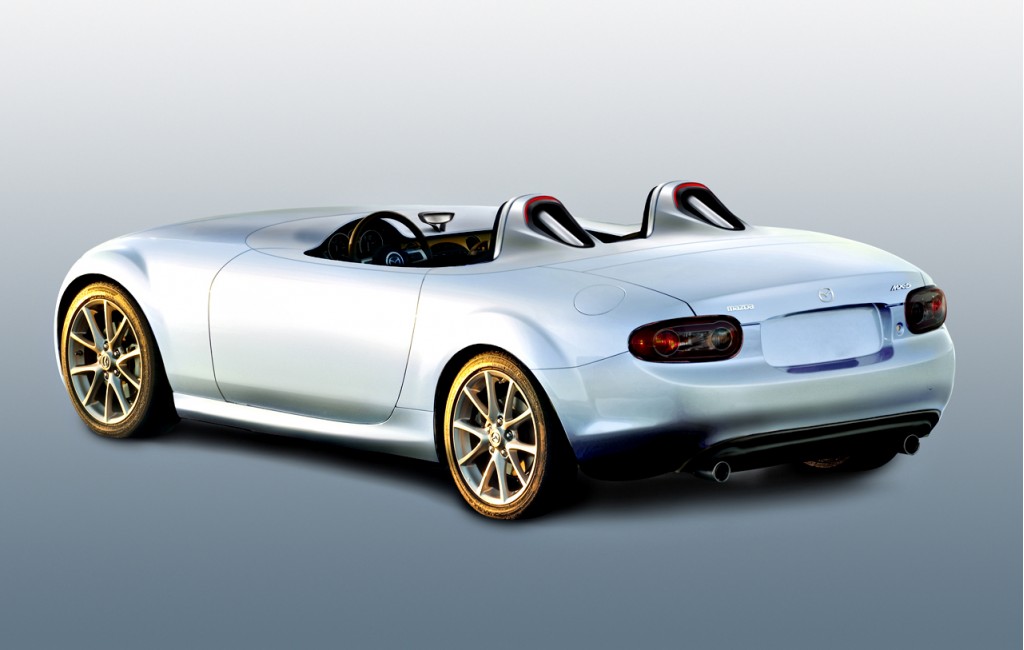 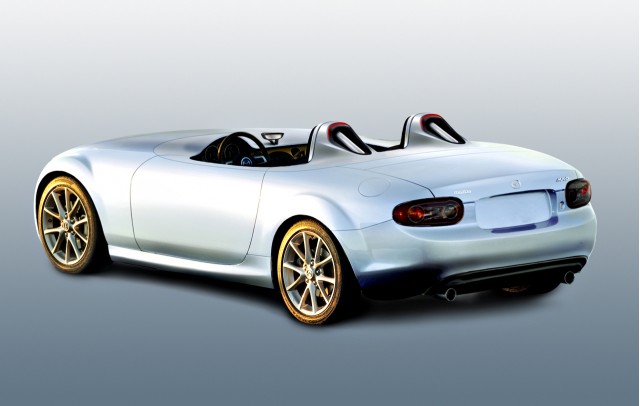 A Superlight edition of the Mazda Miata--okay, fine, MX-5 roadster--will make its world debut at next month's Frankfurt auto show.

Mazda's latest injection of PR and fun into the two-seater means it loses its windshield and some other less visible weight, all in the name of improving performance. Penned in Mazda's Frankfurt design studios, the concept adapts the current car's looks minus the front glass, and wraps roll bars in aero trim. And while it drops weight to improve performance, it also boosts fuel economy and cuts carbon dioxide emissions, all at once.

Mazda says the 20th year of MX-5 Miata production has been a good one; the car is the best-selling two-seat sportscar in the world, according to the Japanese automaker.

TheCarConnection and Motor Authority will be in Frankfurt to show you more from the show floor; you can bookmark our Frankfurt Auto Show tag and come back here often for previews and updates prior to show week.

Cruise the High Gear Media network! Click over to TheCarConnection for experts reviews of every new vehicle; MotorAuthority for luxury and performance-car news, reviews, and spy shots; GreenCarReports for news and reviews of the latest earth-friendly cars; and CelebsandCars to see how the stars roll.