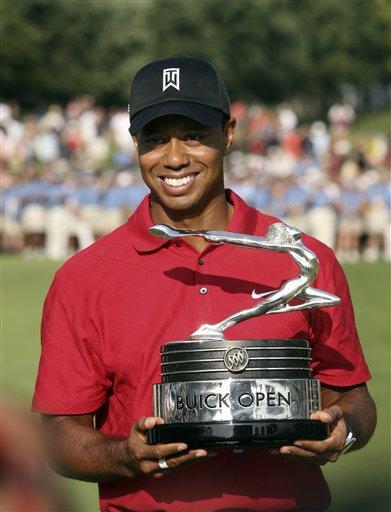 Sad news for golfing fans: yesterday Buick announced that it will suspend sponsorship of its popular PGA tournaments due to the recent General Motors restructuring.

Buick sponsors two major events on the PGA circuit: the Buick Open in Grand Blanc, Michigan and the Buick Invitational at Torrey Pines in La Jolla, California. Both are big money-makers for the PGA, due in large part to the presence of Buick's favorite son, Tiger Woods (although Buick's official endorsement deal with Woods ended last November at the beginning of the auto crisis). In a fittingly photo-op moment, the Buick Open wrapped this past weekend, with Tiger Woods taking home top honors.

Buick's decision may be good news for the company's bottom line, but its effect on the marketing remains to be seen. Buick has been a PGA sponsor for 50 years, and as such it is revered by golfers and golf enthusiasts across the country. Cutting those ties will force Bob Lutz & Co. to make some savvy marketing choices if they're going to continue reaching that segment.

The announcement is even worse for the PGA. Amid the economic downturn, the organization has lost four title sponsors in recent months, and ten arrangements are set to expire after 2010. Buick's backout is essentially the nail in the coffin for the Grand Blanc tournament, although the Century Club of San Diego, which oversees Torrey Pines, remains optimistic about finding a new sponsor.

However, the door hasn't entirely shut, and there are hints that Buick could return to some form of sponsorship in the future: as Buick and the PGA said in a prepared statement, "While this is disappointing news, both the PGA Tour and Buick remain in discussions regarding future sponsorship possibilities."