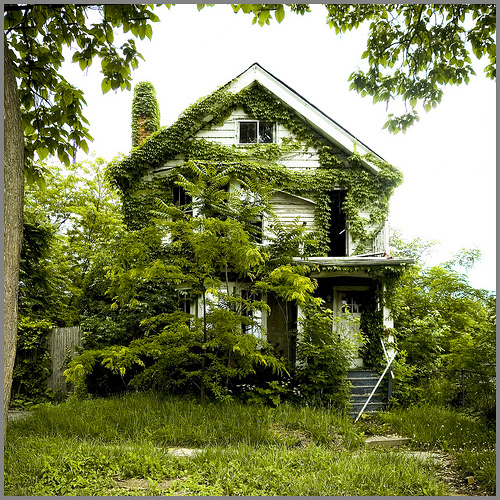 We can't say for sure, but many analysts are predicting sunnier skies for Detroit's auto industry. Chrysler and GM got new leases on life, Ford's doing fine on its own, and car buyers have gone cuckoo for Cash-for-Clunkers. As for the city itself, the forecast is a little cloudier, but there's at least one sliver of silver lining: Detroit's cheap housing has been attractive to countless artists, like James D. Griffioen (represented at left) and those in Mitch Cope's proposed book on the city. Here's hoping that economic recovery and artistic renaissance can go hand-in-hand. [JamesGriffioen via BoingBoing]