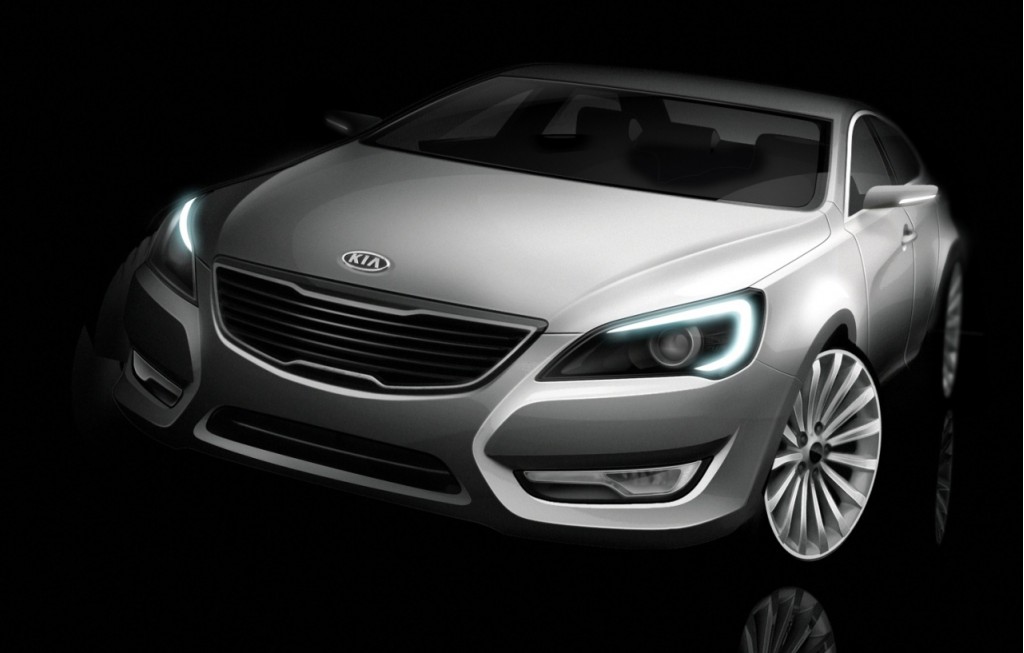 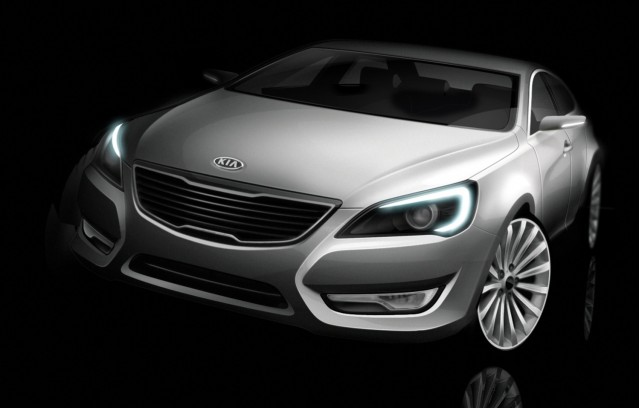 Korean automaker Kia seems to be on a roll these days -- at least on the design front. Its boxy Scion xB/Nissan Cube competitor, the Kia Soul, has held its own in the face of discerning auto journalists, and the sporty Kia Forte Koup looks to do similarly well. Now the company has shared renderings of its new premium model, the VG, which will arrive in Korean showrooms later this year.

The VG debuted at the Seoul Motor Show last spring as a front-wheel-drive concept dubbed "KMD-5", and rumor has it that the VG will remain a FWD when it makes its first American appearance at the 2010 Detroit Auto Show. Depending on public and press reaction and a number of other factors, it's expected to roll onto U.S. lots later that spring. (Interestingly, Kia says in a press release that it doesn't intend to bring the VG to the UK.)

The VG would seem to be poised for success stateside -- although its FWD may nudge some performance-loving luxury buyers toward Hyundai's new high-end RWD model, the Equus. The VG's lines are smooth, with a nice crease detail on the side panels, and the overall look is sleek and contemporary. Add to that America's increased awareness of the Kia brand, and the future for VG may be very good, indeed.