Discontinued: 2010 Ford Explorer Sport Trac To Be The Last 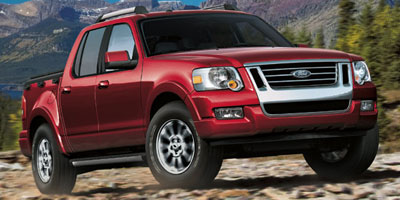 Over the past several months, throughout the global economic downturn in general and Detroit's meltdown in particular, we've often sung the praises of Ford Motor Company. Not only did Ford manage to avoid embroilment in the bankruptcy/bailout crisis plaguing Chrysler and GM, but Ford has also managed to leverage the misfortunes of its competitors to its own advantage. While expressing concern for Chrysler and GM, Ford has managed to reiterate its own solid financial position (e.g. "Yes, congress, you ought to help our competition, but no, don't worry about us -- we're smart and sensible, so we'll be just fine.") As a result the public's opinion of Ford is pretty favorable right now.

However, that's wave of goodwill isn't going to last forever, and Ford clearly understands that it has to make challenging decisions today to ensure its future success. And it appears that one of those decisions is to discontinue the Ford Explorer Sport Trac after the 2010 model year.

We wish we could say this is surprising, but it's not. Although the Sport Trac boasts a unique look -- muscular but manageable -- it's never really gained the status or attention that Ford's premier trucks enjoy, like the Ford F-150 or even the Ford Ranger. Technically, the Sport Trac is a crew cab, compared to the extended-cab Ranger, and the Sport Trac has offered a number of creature comforts. But in these economic times, and with a refresh of the Ford Ranger looming in 2012, cutting the Sport Trac from Ford's lineup should pay off down the line. And now more than ever, paying off is really important.